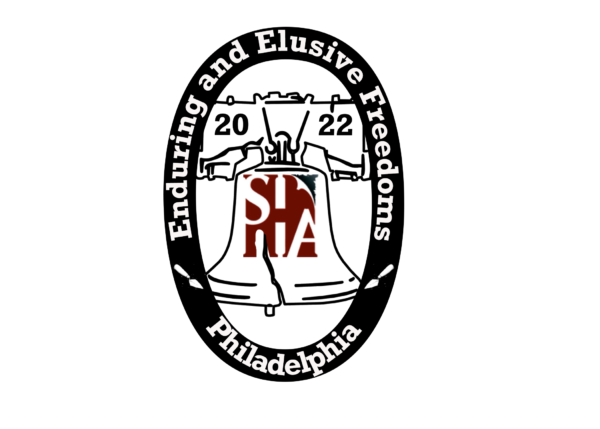 The Society for Historical Archaeology is committed to providing a safe, respectful environment at its conferences. To that end, the SHA will promote a harassment-free experience for everyone, regardless of gender, gender identity and expression, age, sexual orientation, disability, physical appearance, body size, race, ethnicity, religion (or lack thereof), or technology choices. The SHA will not tolerate harassment in any form at any SHA-sponsored events.

Persons asked to stop any harassing behavior are expected to comply immediately.

If a participant engages in harassing behavior, the Society for Historical Archaeology may take any action it deems appropriate up to and including expulsion from the conference with no refund.

Any person, who feels they are being harassed, should contact SHA Executive Director Karen Hutchison (240-753-4397) to report the incident.  Incidents will be investigated, and a decision on appropriate action will be reached in a timely manner by a committee comprised of SHA members.

The Society for Historical Archaeology’s 2022 conference committee invites you to join us in Philadelphia, Pennsylvania, for our annual conference on historical and underwater archaeology. The 2022 SHA conference will be held at the Philadelphia Marriott Downtown on January 5-8, 2022.

Philadelphia is located at the confluence of the Schuylkill and Delaware Rivers. Home to the Lenape, in the 17th century the Delaware Valley was a contested ground, claimed by the Dutch, Swedes, and English. In 1682, William Penn, an English Quaker, established the city that would grow to be the largest in colonial North America. Philadelphia has a long and storied history. It was the site of the First and Second Continental Congresses, served briefly as the national capital (1790-1800), weathered a devastating Yellow Fever epidemic in 1793, and was home, long before the Civil War, to a sizeable free African American community. Indeed, the African Methodist Episcopal Church was established in Philadelphia at the beginning of the 19th century. A city of immigrants and industries, and home to numerous cultural, intellectual, and educational organizations, Philadelphia has been called the “Athens of America.”

Modern Philadelphia is a vibrant, multi-cultural world city. Home to the Phillies and the Eagles, the famous Mummer’s Parade, and of course cheese steaks and Gritty*. It is also one of the birthplaces of North American historical archaeology. John Cotter taught the first course in Historical Archaeology at the University of Pennsylvania in 1960, and Philadelphia and its environs have long been a living laboratory, studied by faculty and students from the University of Pennsylvania, Temple University, numerous CRM firms and, of late, the Philadelphia Archaeological Forum.

This year’s theme, “Enduring and Elusive Freedoms,” reflects Philadelphia’s place in American history as a center of patriotic activity during the American Revolution (at least when the British weren’t occupying the city) and its critical role in the abolition movement. At the same time, our theme recognizes that the lofty ideals put forward two-and-a-half centuries ago remain imperfectly realized. The fight for liberty, freedom, and equality is not a single event, but a continuing process. Historical archaeology, as history from the ground up, has much to add to this discussion and is a powerful tool for revealing and addressing injustices past and present. While the conference committee encourages papers on all forms of historical and underwater archaeology, we especially encourage papers that speak to the conference theme. Presentations by students, both undergraduate and graduate, are particularly welcome.

*For those unfamiliar with Gritty, he is the mascot of the Philadelphia Flyers. Standing seven feet tall, he is orange and shaggy with googly eyes. He also has a bit of an attitude.

Getting To and Around

Airport
Philadelphia International Airport (PHL) is a hub for American Airlines and all other major and some minor airlines have numerous flights each day.  There are no hotel-airport shuttles available.  Cab far from the Philadelphia Airport to downtown is $28.50, and rideshare services Uber and Lyft are also available.

Car Rental
Most car rental companies are available in Philadelphia, however, parking is limited in center city.

The SHA 2022 Conference will be held at the Philadelphia Marriott Downtown, 1201 Market Street, Philadelphia, PA.  Daily room rates are $179.00 single/double occupancy.  Additional persons in a room will be charged $20.00.

To submit an abstract, go to www.conftool.com/sha2022/.

Please review the SHA 2022 Conference Call for Papers before submitting your abstract.

Defending the Capital City – A Tour of Revolution
In 1777, the capital of the fledgling United States of America was Philadelphia. In the late summer of that year, a Crown Forces army commanded by Sir William Howe supported by a British fleet commanded by Lord Richard Howe, invaded the Delaware Valley. This day-long tour, led by Dr. David Orr and Wade Catts, will explore several of the sites of war from the Philadelphia Campaign where recent and/or ongoing archaeological work illuminate the historical record. We will begin the tour at the site of Fort Mercer at Red Bank on the New Jersey side of the Delaware River. One of a pair of forts built to protect Philadelphia, the battle fought at Fort Mercer was a significant defeat for the Crown Forces. Our next stop will be the battlefield of Paoli where a night-time bayonet attack badly mauled an American force. We’ll then proceed to Valley Forge National Historical Park, where the American Continental Army commanded by George Washington spent the winter of 1777-1778, emerging from that encampment as a better trained and more professional fighting force. Over the decades archaeology at Valley Forge has investigated brigade camps, headquarters, and training areas, and the RPA Advanced Metal Detecting class was recently held at the park. These sites will be highlighted on the tour. Lunch will be box lunches. Tour limited to 40.

Walking Tour of Philadelphia Old City—History and Urban Archaeology in the City of Brotherly Love
Philadelphia is not only the site of some of the most significant events associated with the Revolution and the founding of the United States, but it is also one of the birthplaces of urban archaeology. This guided walking tour will visit sites connected to both aspects of Philadelphia history, including the President’s House (the first White House), the National Constitution Center, and Franklin Court among many others. The tours will be led by Jed Levin and Rebecca Yamin, experts on Philadelphia’s history and archaeology who have led numerous excavations across the Old City. Lunch before or after on your own.

Historic Germantown: Freedom’s Backyard Tour
This tour of America’s longest National Historic District includes visits to three National Historic Landmarks: Cliveden, the Johnson House, and Stenton. These historic house museums, located in a dense, underserved community of northwest Philadelphia, strive to tell stories that reflect their neighborhoods through community engagement, both individually and collaboratively. Site visits will include discussions of on-site archaeology and the importance and challenges of telling stories centered on the African American experience. The Johnson House, built in 1768 by a Quaker family, became a station on the Underground Railway. Johnson family members were staunch abolitionists who worked with prominent African American leaders like William Still to support freedom seekers on their journey north. Cliveden, a country house built by Benjamin Chew in 1767, found itself at the center of the American Revolution on October 4, 1777, during the Battle of Germantown. New interpretive approaches have focused on telling the stories of enslaved Africans and African Americans who lived and labored at Cliveden and other Chew Properties. Stenton is the c.1730 country house of James Logan, William Penn’s agent and Secretary. One of the earliest house museums in the nation, Stenton recently concluded a two-year community inclusive project to plan and create a new memorial to Dinah, a once-enslaved woman who gained her freedom and was credited with saving the house during the Revolution. Lunch will be provided at Cliveden and the tour will end with beers (cash bar) and good cheer at Attic Brewing Company. Tour limited to 40.

Black Communities in Southern New Jersey
From the colonial period to the Underground Railroad, the postbellum era to the present-day: New Jersey’s Black history is a rich tapestry of struggle, resistance, and perseverance. This day-long tour, led by Drs. Chris Barton, Marc Lorenc, and Guy Weston explores two Black sites in Burlington County; Timbuctoo and the James Still Historic Site. Timbuctoo was founded in 1826 by formerly enslaved people from Maryland, with some assistance from local white Quakers. The community operated as a terminus along the Underground Railroad. Timbuctoo was the focus of archaeological investigations from 2009 to 2013. Today, Guy Weston, a descendant of Lambert Giles, continues a community-based research through the Timbuctoo Historical Society. The James Still Historic Site was once the office of James Still (1812-1885), locally known as “The Black Doctor of the Pines.” Freeborn, and largely self-educated, Still became a renowned physician and one of the wealthiest people in Burlington County. The site was the focus of a collaborative archaeology program from 2015 to 2018. Additionally, we will visit the Burlington Quaker Meeting House and Museum, (1783-present-day), for a presentation on Quaker and Black community ties in the region. Lunch will be box lunches. Tour limited to 25.

Guided Tour of the I-95 Archaeology Center – Indigenous Ancestors, Immigrants, and Industry

Located just north of Center City Philadelphia in the popular Fishtown neighborhood, the I-95 Archaeology Center is the temporary working laboratory and public-outreach venue for AECOM’s ongoing I-95 Girard Avenue Interchange Improvement Project. The project area extends for three miles through the ancestral lands of the Lenape (Delaware) people, later settled largely by immigrants who brought diverse cultures to the growing industrial Delaware River waterfront. Approximately one and a half million artifacts dating from 6500 B.C. to the early twentieth century have been recovered thus far. The Center’s interpretive exhibits explore change over time through the material culture of everyday life, the archaeology of local industries and their products, and more. During the tour, AECOM archaeologists will share details of the field and lab work. Tour participants will also have an opportunity to investigate the creative technology currently being used to showcase project results. Staff will be on hand to discuss 3D modeling and printing, augmented reality, interactive website and database development, and geospatial mapping.

1st Group 10am – noon; 2nd Group 2pm – 4pm. Each bus group will be limited to 40 people. The tour will start at the entrance to Penn Treaty Park, across the street from the Center. Buses depart at the end of the tour. Lunch should be taken before or after on your own. Located at 900 East Columbia Avenue, the Center will be open 10am to 4pm on Thursday for participants who wish to visit on their own.

For more than five decades the SHA has been at the forefront in the dissemination of scholarly research on historical archaeology in North America and beyond.  Our annual conference is our major opportunity to share with others our most recent research findings, advances in theories and methods, strategies for improving public archaeology, etc.  We invite you to be a sponsor of the conference!

Information on applying for all of the awards and prizes for the SHA 2022 Conference on Historical and Underwater Archaeology can be found at: https://sha.org/about-us/awards-and-prizes/.

Each presenter will get one side of a two-sided poster board.  The poster boards are 4′ by 8′ horizontal.

The SHA 2022 Conference will host a Book Room that will include exhibits of products, services, and publications from companies and other organizations in the archaeological community. The SHA welcomes exhibitors, who share its mission and agree with its Ethics Principles, the SHA Sexual Harassment and Discrimination Policy, and its Conference Code of Conduct, at the 2022 Conference on Historical and Underwater Archaeology, January 5-8, 2022 in Philadelphia, Pennsylvania.