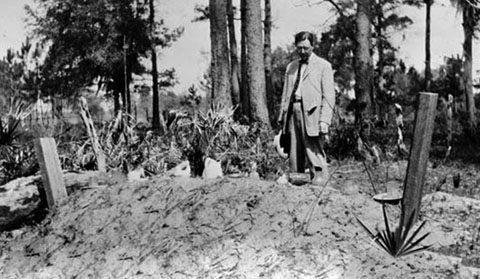 Historical archaeologists are often asked to assist with abandoned burial grounds and cemeteries.  “Abandoned” cemeteries refer to burial grounds that are no longer being used or maintained.

Many of our nation’s burial grounds were lost and forgotten as families and communities moved to new locations.  While formal city and church cemeteries are the grave yards most people think of as final resting places, family and community burial grounds were common historically, especially in rural areas, and these have often been abandoned and forgotten with the passage of time.  Many disenfranchised communities, such as African Americans in the South and Chinese-Americans in the West, never owned or managed the land on which their families were buried, increasing the likelihood of later abandonment.  The use of informal markers, especially wooden markers, which have been lost to time, is also problematic.  Landowners also sometimes removed surviving markers on an abandoned cemetery to increase the value of their property, further masking the presence of a cemetery. Finally, formal registration of burial grounds is a product of the modern era. As a result, most historic cemeteries were not recorded on deeds, plat maps or historical surveys that pre-dated those registration measures.

Abandoned burial grounds can be difficult to identify, even when you know the general area of a cemetery.  Sometimes fencing exists to mark a cemetery’s limits but even if present, burials may also be found outside such boundaries. Burial grounds can be identified through visual inspection, as well as through archaeological techniques.  Research on historic maps, aerial photographs, and in historical records can sometimes help to identify a cemetery’s location. 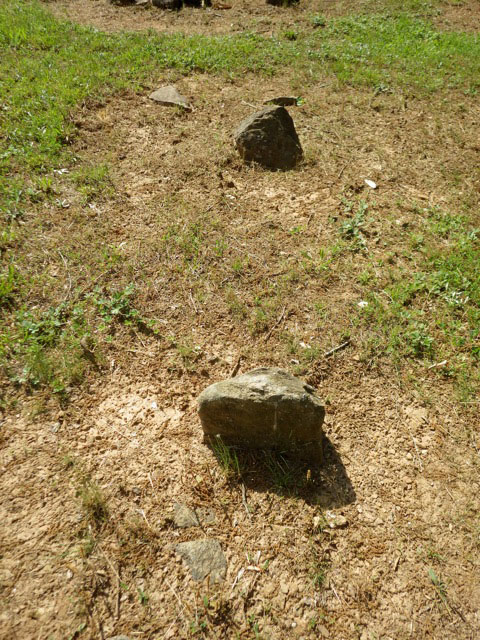 Burial marked with fieldstone rather than a formal monument.

Visual traits to look for include: 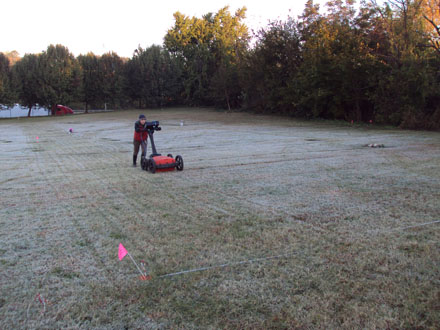 Archaeological techniques for identifying grave and cemetery locations include:

Always record your observations when surveying a cemetery.  It is useful to create a sketch map showing the locations of roads, fences, and notable environmental features as well as the locations of graves themselves.  It is also useful to photograph and make notes on the number of graves you were able to observe as well as any names, dates and epitaphs you could read.  These observations will help others who may wish to visit the cemetery in the future.  Photographs may be enhanced by using raking light.  Mirrors or photographer’s reflectors can be used to shine light on a monument and help record faded and worn lettering. 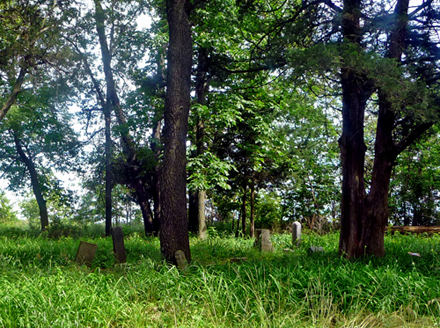 Part of the McWorter Cemetery in the summer of 2010, near the New Philadelphia National Historic Landmark in Illinois, is the subject of maintenance and restoration efforts by descendant community members (photograph by Chris Fennell)

To be officially entered into the legal land record, cemeteries must be surveyed and recorded by a licensed land surveyor and the plat of their location and boundaries added to the deed.  However, land surveys can only be done with the permission of the landowner. In the absence of an official survey, we recommend that you write a letter to the county deed/title office noting that you are aware of an unmarked burial ground on a particular parcel.  Your letter should include a map showing the location of the burial ground and a copy of your sketch map and it should note your association with the burial ground. For example, your letter could state “I believe this burial ground is the location of the burials of my ancestors when they worked on farms or plantations in this area,” as well as associated family names. Request that a copy of your letter be amended to the deed record for that tract of land. 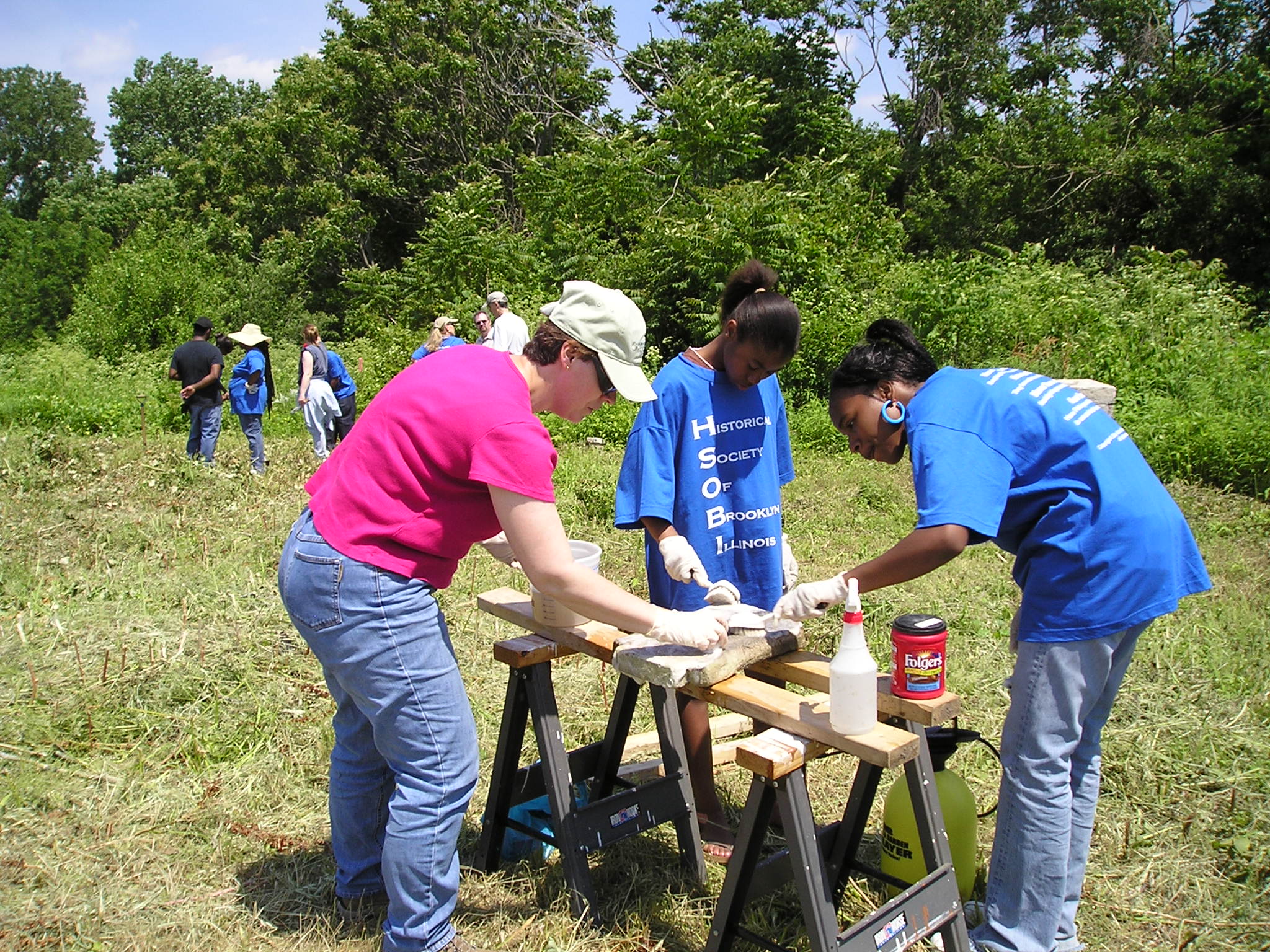 You can also complete an archaeological site form for the cemetery.  Each state has its own registry of known archaeological sites.  Most site file records are maintained by a state government agency.  You can find the site files for your state by searching the Internet for “STATE NAME archaeological site files”.  Most states have site forms that can be downloaded from the Internet, completed, and returned.  Upon receipt of the form, the state will issue a site number.  Using a system developed by the Smithsonian Institution, the site number consists of an alphanumeric representation of your state (i.e. “9” for Georgia the ninth state alphanumerically), a two-letter abbreviation for the county your cemetery is in (i.e. DK for DeKalb), and then a sequential number that records the sequential order of numbers assigned to sites in the county.  Thus, 9DK1000 represents the 1,000th site recorded in DeKalb County in Georgia.  Having an official number for your site is useful, since it avoids the possibility of any confusion about your burial ground and another unmarked cemetery in that same county.  It also lends weight to correspondence with landowners, government officials, and others about the burial ground.  Finally, some states require that the archaeological site files be searched for known sites as part of the planning process, which ensures that land developers and others are aware of the existence of your burial ground.

You can also check to see if your county has completed a cemetery survey.  State genealogical organizations, county historical societies and others have completed surveys of cemeteries over the years, although these rarely record unmarked and abandoned burial grounds.  However, if your county has a cemetery survey, it may be possible to add the cemetery you are concerned with to the list of cemeteries in the survey. 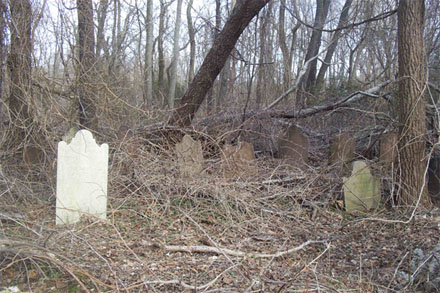 The American University Washington College of Law has developed a website that links burial laws of various states – you can find a link to their website here
https://www.wcl.american.edu/burial/
The information on this website was compiled by students in 2008 to address state burial laws specifically regarding Native American burials. It may contain errors or omissions and does not contain all state burial acts. If your state is not shown as having a burial law, you should check to see if a burial law exists.

The SHA will use this page to provide updates to burial laws that our members have identified that are not included in the Washington College of Law website.  These include:

Two relevant laws which can be seen at They can be found at www.nebraskalegislature.gov/laws/browse-chapters.php?chapter=12. The Nebraska Unmarked Human Burial Sites and Skeletal Remains Protection Act(Sections 12-1201 through 12-1212) and Statewide Cemetery Registry (Section 12-1401)

If your burial ground is an African American cemetery with potential association with American slavery, you can register it in the National Burial Database of Enslaved Americans.  You can find a link to the database here:
http://www.memorializeamericanslavery.com

The Black Cemetery Network is a collaboration between black cemetery site advocates from across the country ready to connect with you, your community, or organization.

The Society for Gravestone studies provides a number of resources on historic cemeteries.
https://www.gravestonestudies.org/

The U.S. Board of Geographic Names provides the locations of named cemeteries that appear on federal maps.
https://geonames.usgs.gov/domestic/

To report a cemetery
http://dos.myflorida.com/historical/preservation/master-site-file/documents-forms/