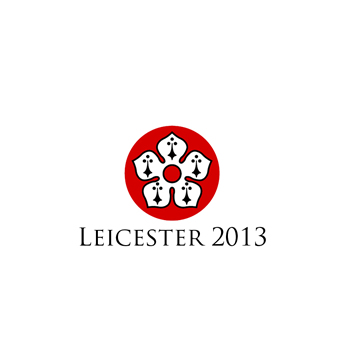 A major historical archaeology conference based in the heart of England, but looking at the world, its peoples and the changes they created in the recent past.

Leicester industrialised, traded with the world, attracted waves of immigrants from rural areas and from countries near and far, and was transformed from a small market town to a large multicultural city. It forms an appropriate backdrop to the overall theme of the conference.

What makes Leicester the ideal location for a conference focusing on “globalization, immigration and transformation” is its ethnic mix. In the mid to late twentieth century the city welcomed refugees from the conflicts in Europe, and then, during the post-war period, large scale immigration from Ireland, South Asia, Uganda, Kenya, and the Caribbean. Leicester is now the most ethnically diverse city in the United Kingdom, a diversity that is reflected in the conference program.

Leicester offers the visitor fantastic shopping, sightseeing and dining opportunities (you should certainly try one of its many Indian restaurants), and Leicester’s rich heritage of excellent food and drink is a product of its diverse population. The Conference reception on Thursday night will be held at Leicester’s medieval Guildhall, which has lain at the heart of the city’s civic life for over 600 years, and trips and tours will include Stratford-upon-Avon; Ironbridge, the cradle of the Industrial Revolution; Elizabethan stately homes; the Cutty Sark and Maritime Greenwich, and many others.

Leicester is centrally located, only 75 minutes by train from central London and yet within easy reach of the natural beauty of the surrounding countryside and a host of charming market towns. The conference will be based at the University of Leicester, which consistently features in the UK top 20 and in the top two per cent of world universities. The School of Archaeology and Ancient History is one of the UK’s largest and most highly-rated, and incorporates the Centre for Historical Archaeology, Britain’s only dedicated research center for the discipline.

There are accommodation options for all pockets and tastes from luxurious hotels to charming local ‘Bed and Breakfasts’. Above all, Leicester is a ‘human scale’ city that can easily be explored on foot or using its excellent public transportation. From the conference venue you can stroll down New Walk admiring its eighteenth-century squares and gardens, past the nineteenth-century New Walk Museum to the pubs, bars and restaurants in the lively heart of the town. Whether you’d rather visit one of the city’s many museums, take in a meal and a movie at the Phoenix Cinema or stroll around Abbey Park, Leicester 2013 will be a memorable conference and an enjoyable visit. We’ll see you for a pie and a pint in January!

Questions about the conference can be directed to: sha2013leicester@gmail.com