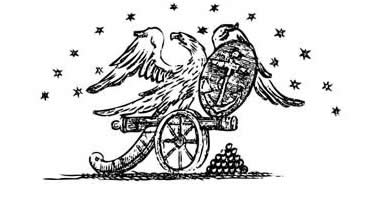 The year 2012 marks the bicentennial of the War of 1812, which makes Baltimore the ideal location for this year’s conference. The Battle of Baltimore was one of the most significant turning points in the war. American forces successfully repulsed a sea invasion of the city, and defeated the invading British army forces on land. The bombardment and defence of Baltimore’s Fort McHenry during the battle inspired Francis Scott Key to compose the poem “The Star-Spangled Banner,” which, once set to the tune of a popular English drinking song, became the official national anthem of the United States of America in 1931.

The Battle of Baltimore was a seminal and symbolic moment in American history, when our new government was tested along with our identity as a nation. But other battles were being fought and lost, identities were being defined and redefined, and other conflicts persisted within the state of Maryland. In its early colonial period, Maryland offered religious tolerance to Catholics and Puritans who were driven out of other colonies, to become one of the few places within the English Empire where Catholics held positions of power. The Mason-Dixon Line, drawn during a land dispute between Maryland and Pennsylvania, took on new significance following the first emancipations of slaves in northern states. Maryland remained with the Union during the Civil War, but many sympathized with the South’s cause and worked for the Confederacy. Other Marylanders, including Frederick Douglass and Harriet Tubman, fought alongside anti-slavery Quakers and other abolitionists. These kinds of tensions are part and parcel of Maryland history; the state has always been remarkable for its decidedly contentious and contradictory nature. As expressed by historian Robert Brugger (1988) in Maryland: A Middle Temperament:

Here the tensions and ironies of the American experience have taken concrete form and become vividly, at times painfully, a part of everyday life. Marylanders both championed liberty and relied on slavery. They welcomed opportunity yet clung to tradition. As they came to grips with (or sidestepped) the choices facing them, [Marylanders] cultivated a middle-state ethos -a sensibility founded on compromise given conflict, on toleration given differences among people and their failings, on the pursuit of happiness given the brevity of life and the allurements of Maryland scenery and the Chesapeake Bay… the elusive character of Maryland may lie in its search for what we can abbreviate as the middle way, between extremes, where the human spirit thrives.

In its own unique ways, Maryland embodies the themes of identity, freedom, and conflict, and we invite research that highlights any of these thematic elements as part of ongoing processes in human societies and across the discipline. Archaeologies of battlefields and conflict are particularly encouraged, but there is substantial flexibility in how a “battlefield” may be defined. The most obvious interpretation is the actual location where violent physical conflict occurred, but there are other spaces and places where the issues of identity and freedom can be engaged by opposing sides. Even physical battlefields can be contested, shifting spaces where interpretations of events, landscape, and meaning are constantly negotiated. We are interested in broad interpretations of our theme that relate to various issues and practices in the past and present. Further details about sessions and symposia will be forthcoming in the final call for papers, but there will be sessions devoted to the War of 1812 at the conference, and we encourage anyone with research relevant to the topic to submit abstracts for consideration within these sessions.