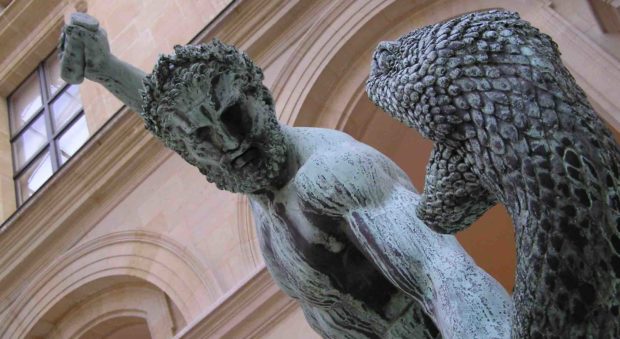 Interpretation is scary to many people, and I understand why. We put ourselves out there and when it goes wrong it can really go wrong. We talk about subjects that fascinate us and we want to share that enthusiasm, but then, out of the blue, the salmon of outrage slaps us in the face.

And the natural response to such an assault is to lash out, to get defensive, and to blame our audience for “not getting it.” Reacting like this in the moment is a difficult thing to suppress but reacting like this given time to reflect? There is a very real problem here.

I bring this up because I witnessed a paper at our last SHA conference that deeply dismayed me. I want to be perfectly clear, I am not writing this to pick on the speaker and this issue is certainly not theirs alone in any case. However, the presentation reflected a deep-rooted attitude in archaeology that only harms our overall efforts to connect with a public audience and show them that our work is worthwhile.

The problem is that our audience is getting a human response, but they are not likely to see it that way. They will see an out of touch elitist, and as hard as this is to swallow, they are not entirely wrong. The ultimate issue here is that we are the ones that did not get it. An audience’s understanding is not their responsibility; it is ours.

But this is good news! This small shift in perspective from, “my audience didn’t get it” to “my program was inadequate” makes a huge difference. With the former, we absolve ourselves of responsibility and set ourselves up for failure time and again. With the latter, we take control of the only thing we can control and then we sway the things that we cannot. 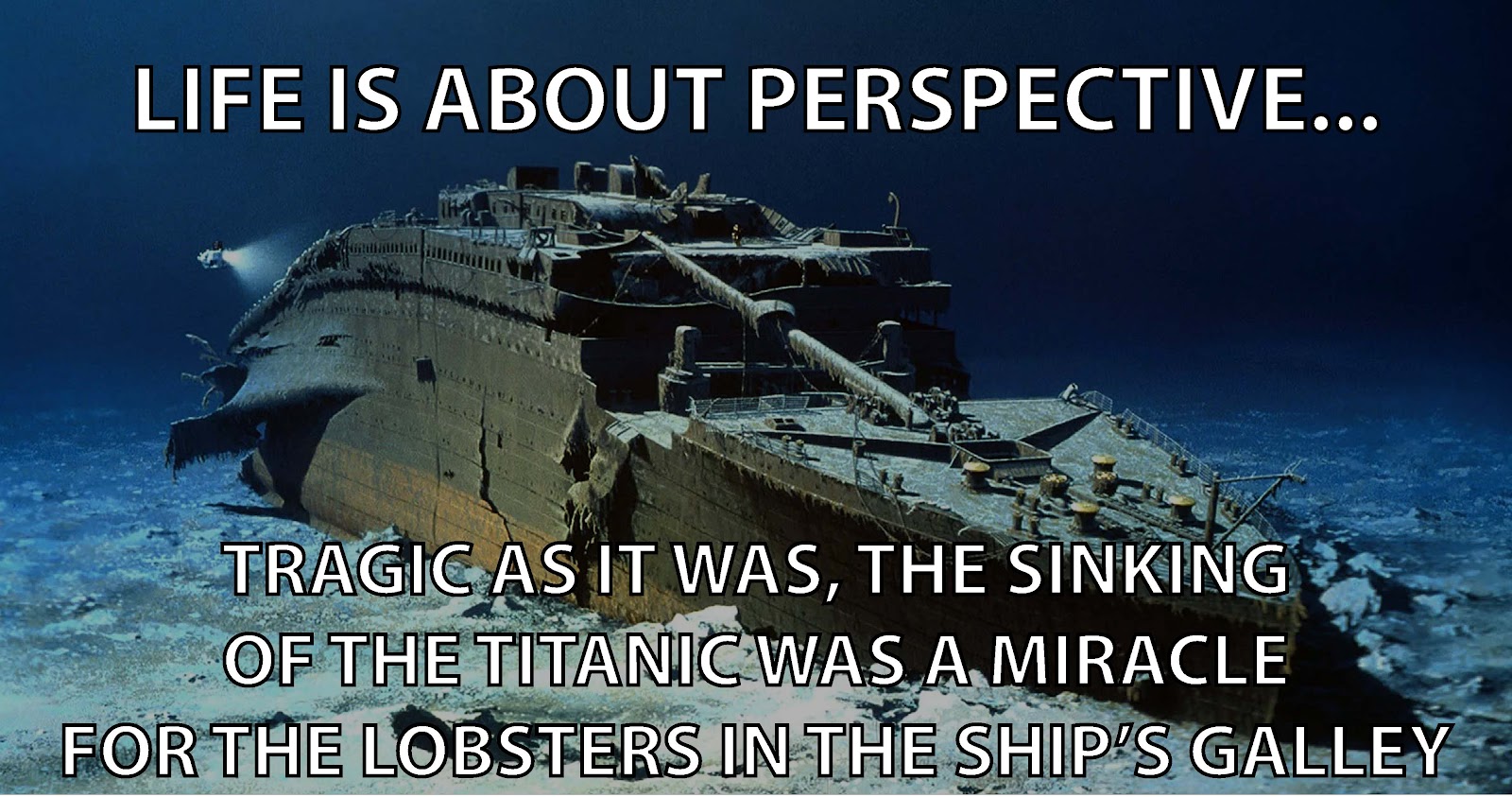 To figure out the problem when you get this reaction, look to the audience for clues. What did they say? How did they say it? Often, a question or comment only seems foolish on the surface. If we take the time to really consider what the individual was telling us, we can find a clue to where we went wrong.

If, for example, someone goes into great detail about their personal investment in the site or subject and concludes by saying, “Why can’t you just talk about nice things?” this, despite superficial appearances, not a stupid question. They are not expressing themselves very well, sure (few of us do in moments of high emotion), but this person is actually pointing out two problems.

First, they did not know what to expect when they attended the program. Look at the title, look at the introduction, or look at how it was marketed. Somewhere in there is a problem. Find this flaw. The program might simply require a word or image change, or (as I have often found myself) maybe all our audience needs is a more explicit explanation of the subject. That individual might still have chosen to attend if they knew what to expect, but they would have walked away elated or intrigued having learned something that enriches their understanding of the site or subject they love so much.

I am prone to this tendency myself. For example, I give a talk where I demonstrate the personality encoded in primary documents using a collection of letters written by a soldier stationed in Pensacola, Florida for a part of the Civil War. Unfortunately, I kept getting suggestions that I include more history of Pensacola during the war. I took far too long (with much griping about people not “getting it”) to realize that the fault was with my presentation. All I needed to do was directly tell the audience in my introduction that, “This is not really about the Civil War, this is about how I came to know Melvan Tibbets who wrote these letters 150 years ago.” I have never gotten a request for more history since.

The second clue the irate attendee was providing us is a failing that archaeologists (and perhaps anthropologists and historians) often fall prey to. We forget that our work is important. Not just to the higher ideals and the deeper understandings we strive for, but to the cultural descendants of our research subjects. 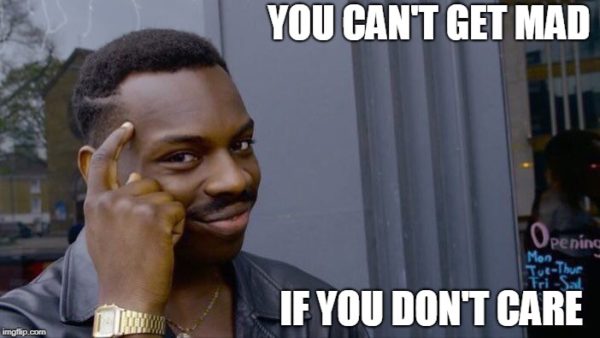 To them, this is not an abstract, but interesting, topic. It is a part of their community identity. When we go into these communities and disprove a local legend or lambast a favorite site, they are (in a very real way) under assault from outside invaders and a defensive reaction is perfectly understandable.

We have a prime example of this mistake here in my part of Florida. In this case, a biological anthropologist (so it’s not just us) decided to do what amounted to a criminal investigation into accusations of abuse at a recently closed and long-running state operated boy’s reform school. The town this school was located in went berserk. But of course they did. Every single person in that town either worked in that school themselves or had a relative, friend, or ancestor that worked there. This was personal. 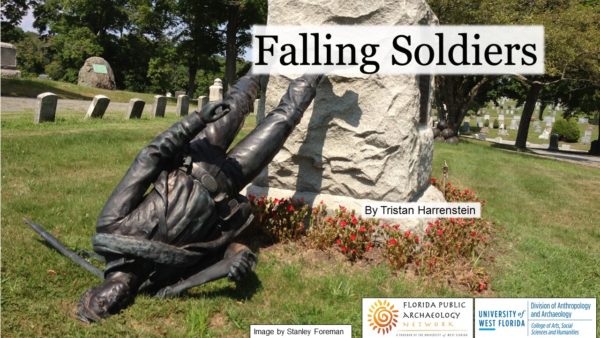 Applying these principles allows me to give a talk on the Confederate monument debate in the rural South without being tarred and feathered. (Original image courtesy of Stanley Foreman)

Does this mean we avoid these difficult or contentious subjects? Naturally not. A subject’s sensitivity often means it is more important to discuss. However, we need to be more tuned into the communities we are working in. If applicable, take the time to hold meetings, hear their concerns, discuss compromises where necessary, and explain our reasoning where compromise is not possible. If meetings are not practicable then we must choose our words carefully and show that we acknowledge and understand their feelings. Most importantly though, give them a chance to see and know us as people, not just some faceless, out of touch academics here to attack them.

In this context at least, the public is not our enemy, we are both their enemy and our own. The onus is on us to ensure the audience understands our message. And when we are unsuccessful? Look to their responses to clues for how to fix the problem. When things go wrong, do not take the easy road and blame the audience, we must consider our own actions. They are the only things we can control.

If you want some good advice on how to better connect with an audience, I highly recommend the excellent “If I Understood You, Would I Have This Look on My Face?” by Alan Alda. I also recommend “Interpretation: Making a Difference on Purpose” by Sam H. Ham as an invaluable guide for helping us be intentional in our public outreach.

Marschall, Ken
1988  A retouched photograph of painting T1987b-98 showing the forward part of the bow section with Alvin illuminating the crow’s nest in 1986. The Art of Ken Marschall. <http://www.kenmarschall.com/wreck.html#Num5>. Accessed 12 June 2018.