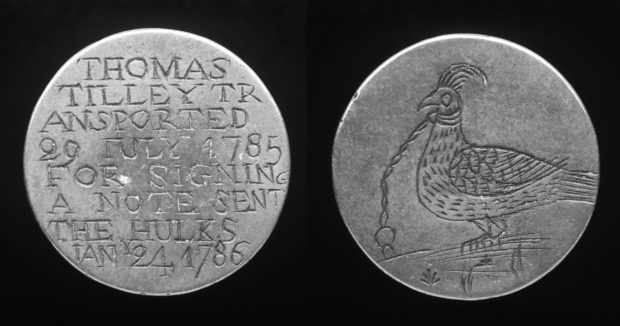 With the upcoming 50th anniversary celebration of the founding of the Society for Historical Archaeology, you can expect a lot of memory work and commemorations at the Ft. Worth conference and for the rest of 2017. The latest thematic issue of Historical Archaeology was put together with this in mind. The issue, however, is looking ahead rather than behind. To put the issue together, I asked authors to take this coming of age moment to consider where they think the field is heading in the next few decades. As you will see their responses and discussions suggest we are in store for an array of productive and interesting directions.

As the papers came together, I saw two major themes that stood out. One is ‘motion and networks’. With articles that consider frontiers, GIS, global connections, and the need to approach our subjects through more complicated frames, most authors call for an appreciation for how people in the recent past have been on the move and tied into far-reaching networks. The upshot here is that historical archaeologists will need to be more aware of how the sites, material culture, and people we study are much less stable and fixed in place than we have typically considered.

The second theme of the paper is the relationship between historical archaeology and time. Just as space will likely be seen as the paths that people move to and through, many authors predict that time will also become a more complicated and nuanced aspect of research in historical archaeology. For one, archaeologists will have to consider more the questions of modernity and being modern at the global scale. The idea of multiple, competing modernities challenges some of the linear frameworks and settings such as capitalism and colonialism that many in the field examine. Similarly, it is predicted that historical archaeology will become more articulated with the emergent field of contemporary archaeology, whose purpose, in part, is to unsettle the normative temporalities associated with archaeology.

“Historical Archaeology in Next Decades” should be arriving in your mailbox soon. A full list of the articles is copied below.

Related Posts
Too Historic To Fail
Have you had an opportunity to read the latest chapter in the depressing Carter’s Grove…
Roundtable Luncheons at the 2017 SHA Annual Conference – Fort Worth, Texas | January 4-7, 2017
Hi there, everyone. Mason here. I’ve pulled down all of the Christmas lights and boxed…
Considering Public Archaeology in the Long Run: Capacity Building, Sustainability, and (sometimes) Closing Things Down
The last decade has seen a huge growth in writing about public archaeology – of…