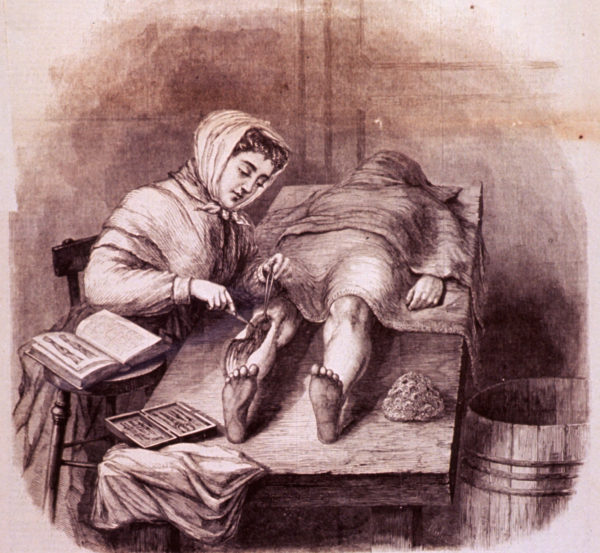 We are happy to announce the next issue of Historical Archaeology will be arriving in your mailboxes soon! Here’s a preview of some of the content from the guest editor of the thematic collection on Historical Bioarchaeology, Shannon A. Novak.

Not only materials suffer the cuts and blows of the maker’s practice. For every strike or punch recoils, on impact, in the body that delivered it.

Given the tremendous growth and developments within the field of bioarchaeology, it is an opportune time to re/introduce the readers of this journal to some of the topics, concerns, and insights bioarchaeologists are contributing to the study of the “modern world.” Of course, “modernity” is a concept that has long been subject to debate and, while the articles in this series do not take on the topic directly, they do grapple with the many traces this process left in its wake, along with the scars and legacies that persist.

Part of this legacy is the relative paucity of human skeletal remains in this journal, the reasons for which are historical and multiple. Despite this general invisibility, bodies are very much present. They work, produce, and consume; they wear, perform, and desire; they exploit, commodify, and resist. While these studies teem with life, the people “doing” rarely acquire substance. Yet theirs are the bodies that made and were made by the so-called modern world. Such making, as Ingold and Hallam note above, is co-constituting; it takes a toll on materials and bodies alike. Bodily concerns and their material properties are, therefore, “vital data” in studies of modernity and daily practice. Indeed, by reconstituting these tissues—their affordances and constraints—archaeological inquiries are vitalized in simple, but important, ways.

In this series of articles, we explore the possibilities of bringing the materiality of archaeological bodies back into the conversation, into anthropological inquiries, and into the pages of this journal. The contributors weave together an impressive array of materials to consider the dynamic processes of “becoming” at multiple scales. Ethics and care, nation building and citizenship, labor coerced and resisted, intersect with diverse material forms. Importantly, these studies start with a question or concern that does not necessarily privilege human tissues (bone or teeth), but rather position their findings in relation to other processes and things. Their inquiries involve “with,” rather than “or,” allowing us to move away from the old trope of testing the historical record with truths written in bone. Our hope is that readers of this special series will be exposed to the rich potential of “historical (bio)archaeology,” and motivated to engage with the diversity of people and their traces—more broadly conceived.

An Alter(ed)native Perspective on Historical Bioarchaeology, by Rachel J. Watkins

Assembling Heads and Circulating Tales: The Doings and Undoings of Specimen 2032, by Shannon A. Novak and Alanna L. Warner-Smith

Working in the City: A Historical Bioarchaeology of Activity in Urban New Spain, by Julie K. Wesp

“Against Shameless and Systematic Calumny”: Strategies of Domination and Resistance and their Impact on the Bodies of the Poor in Nineteenth-Century Ireland, by Jonny Geber and Barra O’Donnabhain

Related Posts
Getting to Know the 2012 Ed and Judy Jelks Travel Award Winners
As a professional organization, the Society for Historical Archaeology promotes the participation of student members… 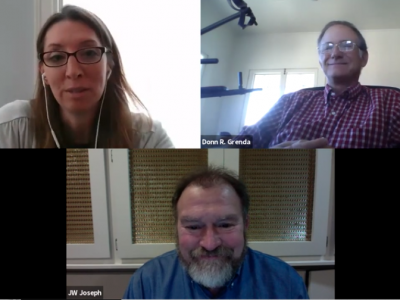 A Summary of the Past Presidents’ Student Reception on Careers in Cultural Resource Management
Society for Historical Archaeology 2021 Virtual Conference By Amanda Evans, Donn Grenda, and Joe Joseph…
Archaeology Education Clearinghouse and the National Council for the Social Studies Conference, Seattle, WA
Under the collaborative umbrella of the Archaeology Education Clearinghouse (AEC), representatives from the Society for Historical…