King tides in Miami and St. Augustine, Category 5 Hurricane Michael on the Gulf Coast, and almost daily stories of the risk to coastal infrastructure due to sea level rise have awoken Floridians to our climate crisis and climate future. Florida archaeologists know they have more at risk than other southeastern states due to simple geologic reality. Anderson et al. have estimated that about 4,000 coastal sites are at risk in Florida from a one meter or less rise in sea level, which does not consider sites yet undiscovered (including submerged historic and prehistoric resources such as the recently discovered and rapidly eroding Manasota Key site) and threat from storms that encroach well beyond the one-meter mark (Anderson et al. 2017, DHR ND). The Florida Public Archaeology Network launched a site monitoring program in 2016 (Heritage Monitoring Scouts [HMS] Florida) in response to heritage at risk from the climate crisis, and a coalition from the academy, agencies, and private sector have formed a working group (Coastal Heritage at Risk Taskforce [CHART]) to ask how we go beyond monitoring to prioritize and salvage sites facing imminent loss. But as we move towards confronting our new existential threat from climate change, we also necessarily confront our own legacy of site protection, exclusivity, and standards that define and inform how historic preservation looks and works at the national, state, and local levels.

In the United States, this legacy historic preservation program essentially seeks to prevent human actions from destroying significant archaeological remains on public land (and other land under limited circumstances), wherein the gold standard has always been the avoidance of impact (site protection by avoidance). This notion is also embedded in models of ethical archaeology developed in the late 20th century, whereby only limited excavation essential to solve legitimate research question is acceptable; as much as possible must be left unexcavated, and “protected,” for the future. The process surrounding this is a system of permits and project review at various and often overlapping levels of government, all encoded in Federal, State, and local statute, policy, and rule. This process is intended to guard sites from human actions generally hunkering under the concept of “development,” where developers pay for actions required for site protection.

Our preservation programs, as least as regards archaeology, are also exclusive. Site are recorded in public databases covered by freedom of information exemptions to protect site locations from a public who is perceived as a threat (looting, vandalism). We require archaeological work on public lands to be done under permit only by professional archaeologists with demonstrated expertise and a valid research question, and who agree to carry out the various steps of the research and reporting process to completion according to established standards. The protections and high standards that derive from this exclusivity have been and remain important but are part of the historic preservation status quo operandi that we need to navigate as we address heritage in the face of accelerating climate change, and the prospect of rapid and widespread loss.

A simple fact is that we face a clear and imminent crisis that this status quo does not address; I and many others believe we must rethink some of our time-honored processes if we are to remain relevant in the face of the climate crisis. We currently have a system based on the premise that site preservation/protection/conservation is possible. What we have learned from numerous site monitoring programs in Florida and around the world and from studies such as that by Anderson et al., is that in-place preservation is no longer something that can be taken for granted as a viable goal no matter how attractive it remains. Our current federal and state systems also focus on protection of sites from human actions, most notably development. Tropical storms, king tides, rising sea levels, and thousand-year floods do not require permits or Section 106 review, and provide no funding for staff or action. Although development remains a bad actor, climate joins alongside but is less predictable, less forgiving, and moving at an astonishing pace to destroy coastal and inland heritage.

Unless we recognize that a sea change is needed in our approach to heritage action (preservation may no longer be an operable term) in the 21st century we position ourselves to, with our proverbial head in the fast eroding sand, loose the fight for our coastal and inland heritage to climate change. Why? Because there are not enough professionals to do the work, and because we regulate archaeology as if our resources will be there for us in the future; our mantra has always been that in situ preservation is our goal and our savior. The loss that we face from climate falls neatly outside of our regulatory framework: there is no permit to review, no project impact, no agency or developer to pay for survey, testing, and mitigation. The loss we face from climate is thus similar to that we have effectively ignored on private land. Here, we seem as simple bystanders to a preservation battle not joined, at least with regards to archaeology and in particular historical archaeology. Add to these factors the fact becoming more evident every day that we are fast running out of time to act on many, many resources.

We have no time to spare in rethinking heritage preservation to add a robust program to address imminent loss of coastal and inland heritage. Our existing procedures, no matter how sound a response they may have been to development, are not suited for our climate crisis because climate does not ask permission and offers us no resources. We must find ways to focus attention on the problem, find approaches to save information before it is lost forever, and we must find a way to let the public into the fight for our archaeological heritage. Rethinking our approaches to field work and reporting to be more efficient is essential if we are to make the best use of the professionals, advanced undergraduates, and graduate students available for the work. Involving the public in truly meaningful ways is absolutely essential to leverage the work of professionals in their work and to reach sites that professionals simply cannot. While there are certainly risks that will be identified in such a sea change, we must think of the balance sheet at the end of the day: we know that climate is coming for our heritage. Hide behind our status quo and our legacy is clear. Take the risk to do things differently, and especially to let the public in as meaningful partners, and our legacy will be, at least, that we did all that we could. 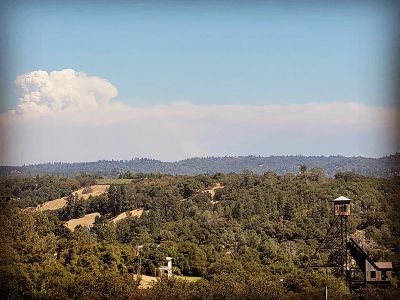