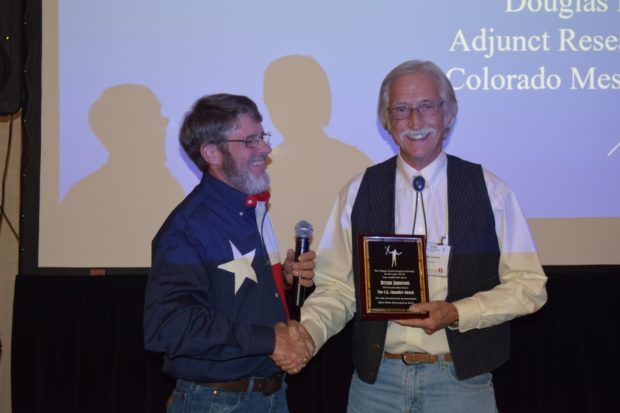 Texans like to boast that “everything is bigger in Texas,” and they’re not far off: measuring 268,581 square miles with a population of close to 29 million spread across 254 counties, 10 climate regions, 14 soil regions, 11 ecological regions, and spanning two time zones, Texas is second in size only to Alaska and in population only to California. It has been home to human populations for over 12,000 years. That’s a huge amount of variation for one state, and it’s one of the reasons why Texas defies easy categorization: a little bit southern, a little bit southwestern, and a whole lot of state pride.

As wonderful as this diversity is, it is daunting from an archaeological perspective. How can one state agency or SHPO possibly oversee all the known archaeological sites in Texas – not to mention, field all the reports of new sites, or looting/destruction? It’s an impossible task, and one that Texas archaeologists have been combating since before the passage of the Antiquities Code of Texas (inspired in part by the National Historic Preservation Act) in 1969.

Beginning with ten Stewards (as TASN members are called), there are now over 130 across the state, including several Marine Stewards who specialize in recording marine sites and shipwrecks in state waters. Stewards are involved in every aspect of archaeological work across Texas: they record and excavate sites, catalog and preserve collections, perform lab and artifact analyses, publish technical papers, give presentations to schools and community groups on the importance of archaeological site preservation, and even advocate for archaeological heritage with state lawmakers. Working in partnership with the professional archaeologists of the THC and other state agencies, TASN members perform vital research and community outreach across the state. The TASN program, now entering its 36th year, has been recognized as a model program for preservation and partnership between professional and avocational archaeologists.

Simply put, without the dedicated volunteers of the Texas Archaeological Stewards Network, archaeological preservation in Texas would be impossible. The future of archaeology in Texas lies in this partnership between professional and avocational archaeologists and in their continuing dedication to preserving the past for future generations.

Special thanks to: Becky Shelton, THC archaeologist and current coordinator of the TASN and Linda Gorski, TASN member and president of the Houston Archaeological Society, for their help with this blog post.

To learn more about the Texas Archaeological Stewards Network: www.thc.texas.gov/preserve/projects-and-programs/texas-archeological-stewards

Tagged with: engagement, public archaeology
Related Posts
A Mixed Methods Approach to Digital Heritage in Rosewood, Florida
The use of digital technologies for cultural heritage work is a rapidly expanding field of…
Living Archaeology Weekend
Welcome to Living Archaeology Weekend in Kentucky!  On the third weekend of September, every year,…
Engaging the Community in Local Archaeology through a Friends Group
Since 1997 I have been a member of the Friends of the Office of State…