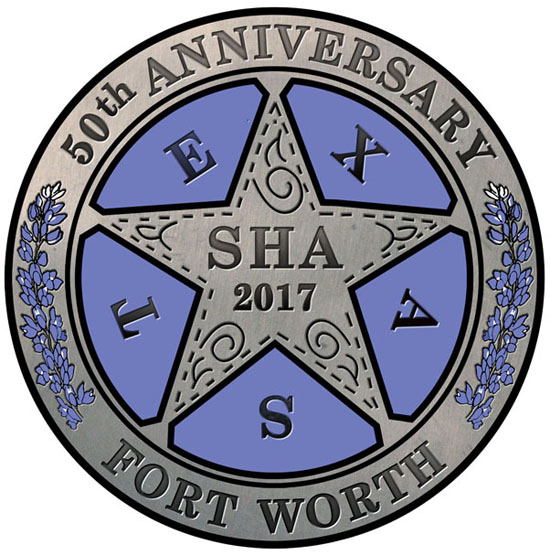 I hope that you’re surviving the crazy holiday season and looking forward to the SHA’s annual conference. This year, the conference mozies on down to Fort Worth, Texas where there will certainly be a lot to talk about, to see, and to do. Over the next few weeks, I wanted to use this space to dig a little bit into the SHA Program and provide my thoughts on those items that piqued my interest. The preliminary program is available now for your own review, but here are some of the highlights that I saw in reviewing it. There are some neat topics, tours, and workshops there that get me looking forward to the meeting!

For today, I’m going to focus on some of the Workshops that struck a particular chord with me. There are several to choose from. My mentioning specific ones below should not discourage you from checking out all of them. As the preliminary agenda says, all of these will be held on Wednesday, January 4th with the exception of the GMAC Anti-Racism Training Workshops, which will be held on Saturday and Sunday, January 7th and 8th.

Being someone who has a keen interest in digital media and has dabbled (albeit ham-fistedly – I figured out how to make a somewhat convincing martini glass once!) in the world of 3D Graphics, the first workshop that jumped out at me was WKS-06: Digital Heritage for Historical Archaeology: A Practicum in 3-D Modeling. I have always wanted to find better ways to give non-archaeologists new avenues to understand an excavation and 2D drawings, though great, often come up short. I have seen 3D graphics as a great tool to make excavations and artifacts ‘come alive’ (as the saying probably way too often goes) but have not been able to figure out the software by teaching myself; the the programs are just too different, I suppose. This course, directed by Edward González-Tennant of Digital Heritage Interactive, LLC, could be just the ticket to getting someone like myself over that seemingly steep initial learning curve and into “smooth sailing” territory. Then I could start viewing, analyzing, and presenting field data in a new way!

The company that I work for conducts surveys on occasion on military training areas and ordnance is always a concern. That’s where a course like WKS-01: Ordnance Identification and Threat Assessment (Instructor: Tom Gersbeck from Oklahoma State University) comes in. In some instances on field projects, training is pretty basic prior to going out to do a survey. Having a practical, beginner’s guide to identifying ordnance in the field taught by a person there in the room with you (versus on an online video) could be fantastic! The subject ties loosely with WKS-07: Battlefield Workshop for Contractors and Grant Applicants taught by Kristen McMasters of the National Park Service’s American Battlefield Protection Program, too. In this workshop, the NPS will provide some great guidance on American battlefield preservation initiatives and associated grant programs. Being honest, I wasn’t aware of the ABPP before I read this program. What a great job they are doing and I welcome them to Texas to inform others of how they can help us all out in our work on these historic sites.

The Underwater Cultural Awareness Workshop (WKS-04; taught by Amy Mitchell-Cook from the Advisory Council on Underwater Archaeology) would also be very handy in helping to better understand how to explain underwater cultural resources to non-underwater archaeologists. Though I have my master’s in nautical archaeology, I could see a lot of benefit in viewing these resources from a non-practitioner’s point of view to find ways to better convey findings. It’s also always good to have a brush-up on international legislation.

Also, most of us are at least familiar with GIS; maybe not in direct practice, but we’re pretty aware of its capabilities. GIS is THE TOOL for geographic data collection and interpretation and learning to use even the basics of it can be very helpful for the experienced veteran and the new student coming up. If you’re interested, consider enrolling in Kyle Walker’s (Texas Christian University) WKS-02: Geographic Information Systems. As an added bonus, this class being held offsite at TCU’s campus there in downtown Fort Worth (travel is included). It is a beautiful campus (and that’s saying a lot coming from this University of Texas Longhorn) so I encourage you to go check it out.

Needless to say, race and racism have been a bit of a theme of late on the national stage here in the United States. I have considered archaeology to be a profession and science in which that topic really doesn’t come up very often. That’s quite possibly the result of me simply being unaware, though. That certainly doesn’t mean that it isn’t there and it isn’t worth discussion. Shoot, the fact that there’s a Gender and Minority Affairs Committee (GMAC) suggests as much. Accordingly, I am more than a little curious about WKS-08: GMAC Introduction to Systemic Racism Workshop and WKS-09: GMAC Second-Steps Antiracist Workshop: Becoming an Antiracist Multicultural Institution, both hosted by Flordeliz T. Bugarin (Howard University), Michael S. Nassaney (Western Michigan University), and Crossroads Antiracism Organizing & Training. Split over two days, this course will provide attendees with an opportunity to speak about their own perspectives and see the viewpoints of others on this difficult topic. It will be particularly eye-opening to learn others’ findings on the racialization of our discipline.

In my 15+ years as a professional archaeologist, I haven’t worked with human remains very much until fairly recently. I don’t know if that makes me an anomaly or not, but a couple recent projects and all of a sudden WKS-05: Practical Aspects of Bioarchaeology and Human Skeletal Analysis (Chairs: Thomas Crist, Utica College, and Kimberly Morrell, AECOM) is speaking to me. In the few instances where I have worked with burials and human remains, I’m keenly aware of how much more there is for me to learn about the identification and analysis of burials and how best to effectively engage descendant groups and get the public interested in these sites. This seems like a fantastic place to start.

With the course being offered almost every year since (We’re Gonna Party Like It’s) 1999, it is clear that WKS-03: Archaeological Illustration (Instructor: Jack Scott from Jack Scott Creative) is a tried and true winner! Like the 3D course, this is one that I would bet an illustration novice could walk in saying to him/herself, “I’ll never be able to do something like that…” and then walk out saying, “Hey! Look what I learned how to do!” And if you aren’t much for traditional pen-and-ink illustration techniques, I bet you could pick up a wealth of guidance on common illustration conventions, printing concerns, and more for direct application in digital media as well. To commemorate its long run, I wonder if Mr. Scott will play “Believe” by Cher (the top song from 1999 according to Billboard) for a little concentration music. Maybe some Smashmouth? Anyway…

There, I went and did it.  I was only going to talk about the ones that really jumped out at me and I wound up talking about all of them.  I guess that means I have a bit of a decision ahead of me, don’t I? While I mull this over, you check out the program and get yourself registered! Talk to you soon!

Related Posts
SHA 2015 Seattle: Food and Drink Blog
Besides plenty of stimulating intellectual discourse, what do archaeologists need to make their conference experience…
Getting to Know the 2012 Ed and Judy Jelks Travel Award Winners
As a professional organization, the Society for Historical Archaeology promotes the participation of student members…
Defining a Global Historical Archaeology
Every historical archaeologist has at some point defined the discipline to the visitors at an…