Here’s the latest in our series of entertaining interviews with a diverse array of your fellow SHA members. Meet a member for the first time or learn something about a colleague that you never knew before. This blog series also offers current members an opportunity to share their thoughts on why SHA membership is important (Camaraderie? Professional service? Exchange of ideas in conference rooms and beyond? You tell us!). If you would like to be an interviewee, please email the Membership Committee Social Media Liaisons Eleanor Breen (ebreen@mountvernon.org) or Kim Pyszka (kpyszka@aum.edu). An Interview with Dr. Alasdair Brooks, editor of both the SHA Newsletter and the journal Post-Medieval Archaeology, and Honorary Research Fellow at the University of Leicester.

My first site was the long-running field school at St. Mary’s City in Maryland, which most readers will recognise as the 17th-century colonial capital of Maryland.  My most recent site (see the photograph!) was a mud-brick village in the UNESCO World Heritage site of Bat, in the mountains of the Sultanate of Oman; the village had been abandoned in the 20th century, and is currently the site of an ongoing research program based at the University of Leicester.  In-between, I’ve also worked in my native UK, Jamaica, Australia, and Venezuela.  I get around; you know how it is.

Labwork – not quite always and forever, but fairly close. While Ivor Noel Hume might have once infamously argued (albeit more than 40 years ago) that women were ideally suited to ‘the potshed’, there are a few men who gravitate in that direction as well. I think I last wielded a trowel in anger while working at Thomas Jefferson’s Poplar Forest in the mid 1990s; even then I was the Lab Supervisor, but I did occasionally help out in the field.  I do a fair amount of artifact processing in field labs (ranging from an abandoned church in Australia through to a mansion belonging to the national heritage body in Oman), but I haven’t been involved in physical excavation for some 20 years.

What are you currently reading?

What did you want to be when you grew up?

Up until I was about 13 or 14, I had my heart set on becoming a palaeontologist, likely the residual result of a fairly standard male childhood fascination with dinosaurs.  I can almost precisely pinpoint the precise moment when, walking home from school after soccer practice, I realised that maybe I wasn’t too keen on the biology side, but I was really, really interested in history.  So I think on some level I simply combined the digging things up aspect of palaeontology with the interest in history to decide more or less on the spot that archaeology was the way forward; I stuck with that decision even though I wouldn’t actually get any practical experience until my field school after my second year of university.  To the chagrin of some of my college professors I never really considered myself an anthropologist, though (sorry, Julie!), due to a combination of my British background, the core teenage interest in history rather than anthropology, and sheer intellectual stubbornness.

Originally, like many people straight out of college, because I sort of vaguely felt I should.  As my career developed, it was a combination of the sense of professional community, the networking opportunities, and a perhaps wholly misplaced sense of obligation about encourage SHA – sometimes willingly, sometimes not – to engage more consistently with historical archaeology outside of North America.

Straight out of college; I joined right after graduating in 1990.

Erm…  25 years now, or thereabouts.  I think I failed to renew once in the early 1990s, but that one year aside I’ve been a member continuously since 1990.

If ‘most influential’ equates to ‘most cited’, then it’s undoubtedly George Miller’s 1991 revised CC Index article (pdf), and Patricia Samford’s 1997 transfer print dating article (pdf).  I’ve spent large parts of my career nibbling around the edges of George’s seminal work, and arguing why it doesn’t always apply outside of the United States, but I’m also very conscious that I’ll likely never produce anything of my own that’s so monumentally influential and important within my own little corner of the discipline (ed. note: both of these articles are available for free in our SHA Publications Explorer!!).

The conferences, probably – and the personal and professional networking opportunities presented by the conferences.  I always used to claim that I hate networking, and then at some point around the turn of the millennium I realised that all my social interactions and friendships at the conference were actually networking.  The importance of meeting colleagues in person can’t really be underestimated – likewise the importance of regularly circulating the conference both inside and occasionally outside North America to increase those networking opportunities for as many people as possible. Have I mentioned that I’m a really strong supporter of taking the 2021 SHA conference to Lisbon, Portugal? Trust me, you’ll love it. 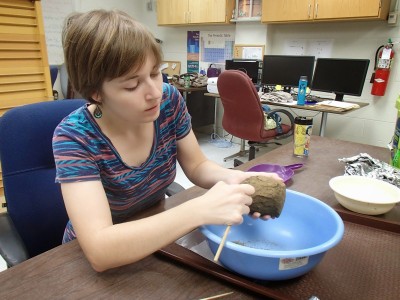 Meet a Member: Michelle Pigott
Here’s the latest in our series of entertaining interviews with a diverse array of your…