The subject of deaccession, or the permanent removal of an object from a museum or historical collection, has long been of concern to historical archaeologists. The SHA has highlighted the issue in recent years and has held workshops and conference sessions on the subject in an effort to bring the topic into the mainstream. We now draw your attention to a proposed amendment to Federal regulations on curation, and are soliciting your comments.

In the United States, regulations known as the “Curation of Federally Owned and Administered Archaeological Collections,” or 36 CFR Part 79, were issued in 1990 to address the responsibilities of Federal agencies and others holding Federal collections to archaeological collections in their custody. These regulations did not address the deaccession of archaeological materials, an issue that the Department of the Interior (DOI) is now proposing to remedy through an amendment to 36 CFR Part 79. The proposed amendment will “establish definitions, standards, and procedures to dispose of particular material remains that are determined to be of insufficient archaeological interest.” The proposed amendment (or rule) is expected to “promote more efficient and effective curation of these archeological collections.”

The proposed amendment has been published in the Federal Register (you can access that notice at http://www.nps.gov/archeology/tools/laws/Proposed_36_CFR_Part_79_Amendment.pdf). DOI is soliciting comments for its consideration in adopting the amendment. Comments are due on Tuesday, February 17, 2015 and can be submitted electronically, by mail, or by hand delivery to DOI.

SHA also plans to submit comments for DOI’s consideration. To prepare comments that best represent the Society’s membership and its diverse views on this topic, SHA’s Collections and Curation Committee (CCC) invites your input on this important topic. The CCC will collect members’ input and use this input to prepare SHA’s formal comment over President Charlie Ewen’s signature.

CCC member Julie King will be collecting and collating this input for the CCC’s consideration.

Regardless of whether or not you work in the United States or with Federal collections, all SHA members are invited to help shape the Society’s thinking about this important international issue.

The CCC has asked for your comments to be received no later than Tuesday, February 10, 2015. This is a strict cutoff point in order to allow the CCC to review all of the input received and prepare a formal comment that best represents the Society’s membership. Your comments can be sent to Julie by email at jking@smcm.edu.  You can of course comment individually directly to the DOI but we would appreciate your input to the SHA’s formal reply.

Thank you in advance!

Related Posts
My Artifact Obsession: Colonial Metals
The following post was previously published in the SHA newsletter as the introductory piece of…
Collections-Based vs. Field-Based Research: A Need for Dialogue
By Julia A. King Collections-based research is a form of archaeological excavation in its own… 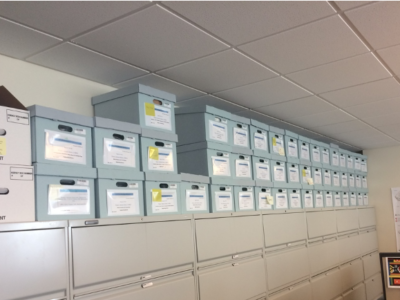 Working with the Halcyon Collection, Part 1
Well hello there, fellow archaeology grad student or other interested reader! In this three-part blog…