Here’s the latest in our series of entertaining interviews with a diverse array of your fellow SHA members. Meet a member for the first time or learn something about a colleague that you never knew before. This blog series also offers current members an opportunity to share their thoughts on why SHA membership is important (Camaraderie? Professional service? Exchange of ideas in conference rooms and beyond? You tell us!). If you would like to be an interviewee, please email the Membership Committee Social Media Liaisons Eleanor Breen (ebreen@mountvernon.org) or Kim Pyszka (kpyszka@aum.edu).

William Moss has been the Chief Archaeologist of the City of Québec since 1985. He served on SHA’s Board of Directors for two terms and was president in 2005. He organized the Society’s annual conference on two occasions, first in 2000 then in 2014. 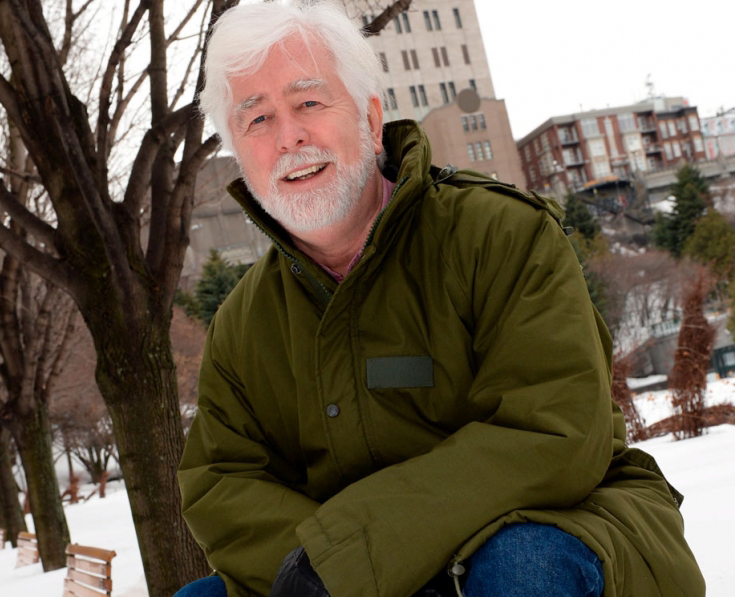 Who influenced your decision to become an archaeologist?

I was inspired to become an archaeologist by Francis Pryor following three seasons on the Fengate Site in Peterborough, England. Francis had a vibrant love for life and an insatiable curiosity about the past. And he wasn’t averse to getting his hands dirty. I liked that!

The first site I worked on was a volunteer dig on the ruins of a medieval château in Merpin-Vieux-Bourg, near Cognac, France, in 1973. The last —which I have been working on since 1980— is the city-as-site of Québec City, another great project!

If you could go back in time for only 10 seconds – where, when, and why?

It would be during 1543, but I would have to get there to specify the exact moment. I would like to see the first sparks of the burning of the Cartier-Roberval establishment, Charlesbourg Royal, in what is now Québec City. How did the conflagration start? Was it accidental or intentional? If the latter, was it Jacques Cartier or the Sieur de Roberval who gave the order and, if so, why? Or were the native Stadaconians behind the blaze? Seeing this precise incident would resolve issues about relations between the French and Native Americans in the early modern world.

What are you currently reading?

I can’t read one book at a time, I always have a couple on the go! Presently, they are “The Making of British Landscape” (Francis Pryor, 2010, Penguin) and “Archéologie de l’Amérique coloniale française” (Marcel Moussette and Gregory Waselkov, 2014, Lévesque éditeur). Both are extensive voyages through time and space, the synthesis of vast quantities of information by people who have thought long and hard about what they have learned during their exemplary careers.

I am a member of several professional associations, but I have always considered SHA as the most important for me. The Society has kept me in touch with a dynamic international community. I have also come to have many friends in the community. SHA is very convivial both intellectually and socially. I have greatly enjoyed serving the Society and I have always felt my contribution has been appreciated.

I joined the Society when I obtained my first regular employment as an historical archaeologist with Parks Canada. I was a grad student at Université Laval at the time.

The proceedings of the 1987 plenary session published in 1988 were extremely interesting for me (Nicholas Honerkamp, “Questions that Count in Archaeology; Plenary Session, 1987 Meeting of the Society for Historical Archaeology Conference on Historical and Underwater Savannah, Georgia” 22(1)). I particularly appreciated Mark Leone’s “The Relationship Between Archaeological Data and the Documentary Record: 18th Century Gardens in Annapolis, Maryland” (22(1):29-35)). It closely tied in to a site I was analyzing, the Dufferin Terrace. It allowed me to understand minute phenomena observed in Québec City that, when compared to sites in Maryland, presented a coherent picture of élite behavior in the British colonial world. It also highlighted shifts of behavior as Québec moved from the French to the English Régime. It thus helped me to seat my understanding of the city in a wider international and cultural context.

Having organized two annual meetings for SHA (2000 and 2014), I have to say the conferences! Conferences are the embodiment of the people and the ideas that make SHA so appealing.