Over the last several years, Jefferson Patterson Park and Museum (JPPM) has enjoyed a productive relationship with Huntingtown High School in Calvert County, Maryland. In previous years, the school’s archaeology classes produced cell phone tours for the park, with the students working on the projects at every level, including conducting oral history interviews, developing tour themes and scripts, recording the tours and writing press releases. 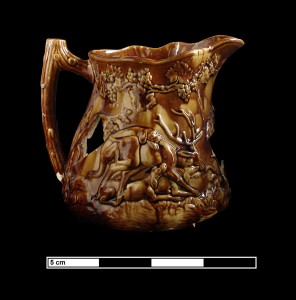 Rockingham hunt pitcher from the privy.

This year, JPPM decided to take on a different type of project, with the newly-formed “Historical Investigations” class. The students are analyzing the contents of a mid-19th century privy from Baltimore’s Federal Reserve site (18BC27). Archaeologists excavated the site in 1980, but since the artifacts were never studied or a final report prepared, the students are working with an assemblage that has never before received any attention.

This particular privy was filled with broken plates, spittoons, chamber pots, medicine bottles, and a torpedo bottle once used to hold carbonated beverages. One spectacular find from the privy was a large Rockingham pitcher depicting a boar and stag hunt, made around 1855 by a Baltimore pottery firm. 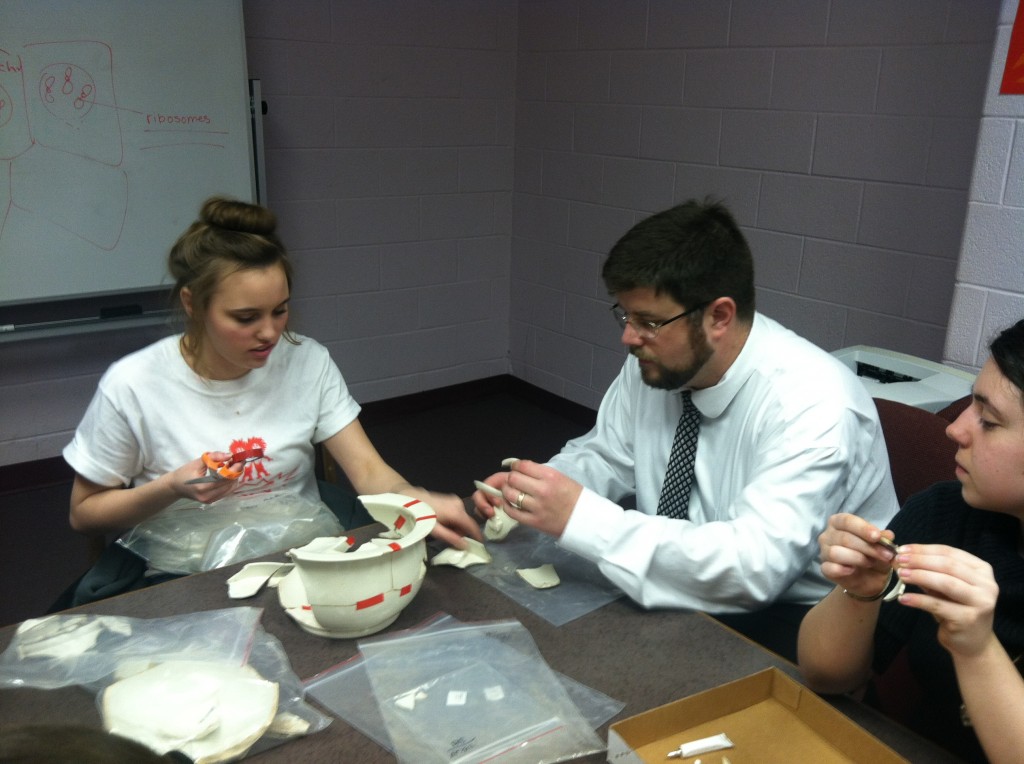 Teacher Jeff Cunningham and a student mend a creamware chamberbpot, while another student works on a sponged cup.

The students completed cataloging the artifacts (2,200+), mended the ceramics and glass from the privy and determined minimum ceramic and glass vessel counts. Each student chose a particular artifact to research in depth, creating illustrated essays that were both posted on JPPM’s website and produced as posters for display. In addition to writing a standard archaeological report on the privy, the students also created an exhibit of their findings that are currently on display at a local public library. 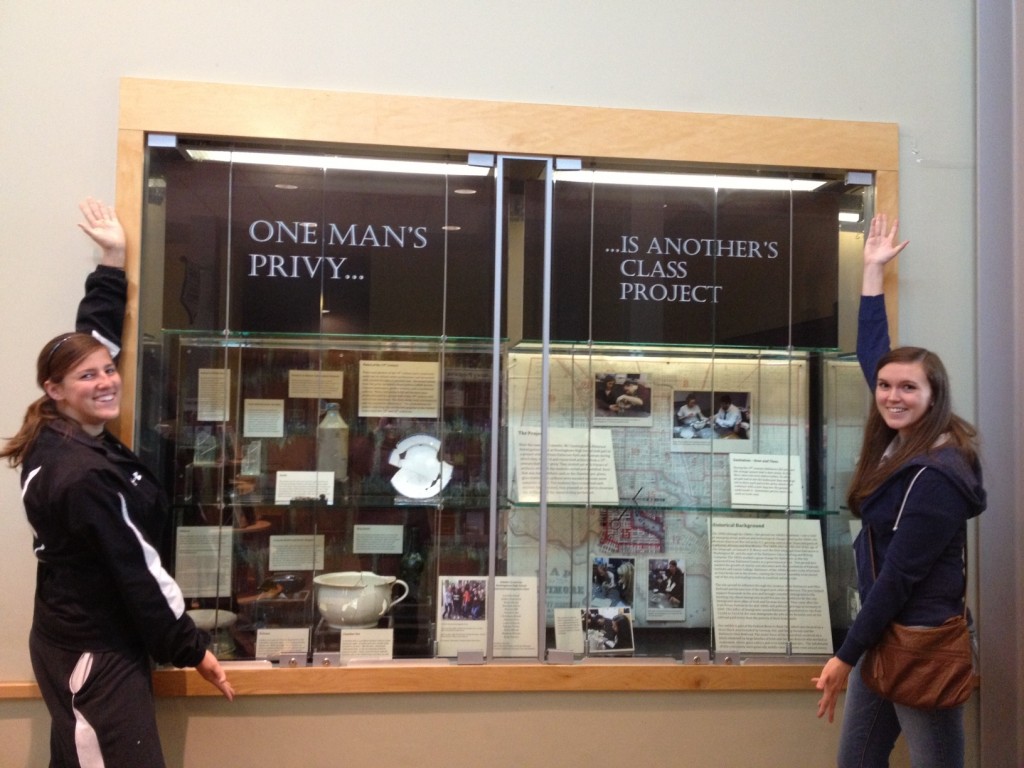 Two of the students are justifiably proud of the exhibit on display at the local branch library.

It was exciting to work with students on a project that provides them with real-world experience in a supportive setting, conducting the type of analysis normally done by professional archaeologists. Even better, is watching the students get a thrill from each new artifact and the information it holds.

What types of engaged work are you doing with local high schools? Share your experiences with us in the comment section!