The plain, wood framed, vernacular style, residential cottage sitting upon the lot at 275 Thames Street, London, Ontario, was slated for demolition to make way for an expansion of the Aboutown Travel Services parking facilities. After the request for demolition was approved, groups of concerned and aware citizens began protesting and combating the order because they remembered the history associated with the structure; they remembered the building as the Fugitive Slave Chapel.

History of the Slave Chapel

The area surrounding London has an important, if often forgotten, association with 19th century Black heritage in North America. As one of the terminus points on the Underground Railroad, the population of former slaves was increasing during the early nineteenth century. As such, there are numerous points of local history, like Uncle Tom’s Cabin, near Dresden, as well as communities, like the former settlements of Wilberforce, near Lucan, and Buxton, near Chatham. The first African Methodist Episcopal (AME) Church (referred to as the Fugitive Slave Chapel) in London, Ontario was one of these focal points. 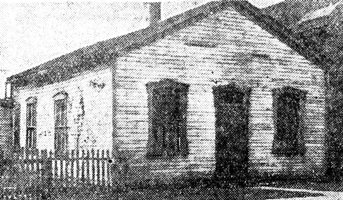 The AME Church was built in the area known as the Fork of the Thames in 1847 to service a settlement of Black refugees who lived on the south side of the Thames River. The AME Church purchased the lot through a board of trustees from William Clark, a carpenter who obtained the original deed for the lot. The church was renamed the British Methodist Episcopal Church in 1856 to reinforce its commitment to the British Crown. In 1869, a new church building was erected at 430 Grey Street, which is the location of the current Beth Emanuel Church, and the property containing the original AME Church was sold to James Seale. The church building at 275 Thames Street remained on the lot and became a residential property. It was long assumed that the original structure was demolished; however, E.J. Carty, a reporter for The London Advertiser (1864-1936), was able to confirm that the structure at 275 Thames Street was the original structure.

During its tenure at 275 Thames Street, the AME Church was visited by several notable people, including John Brown, who spoke to a delegation here advocating revolution and what would transpire as the raid on Harper’s Ferry.  In 1986, the London Historic Sites Committee recognized the AME Church as a site of historic and cultural importance in London, and erected a plaque on the building. 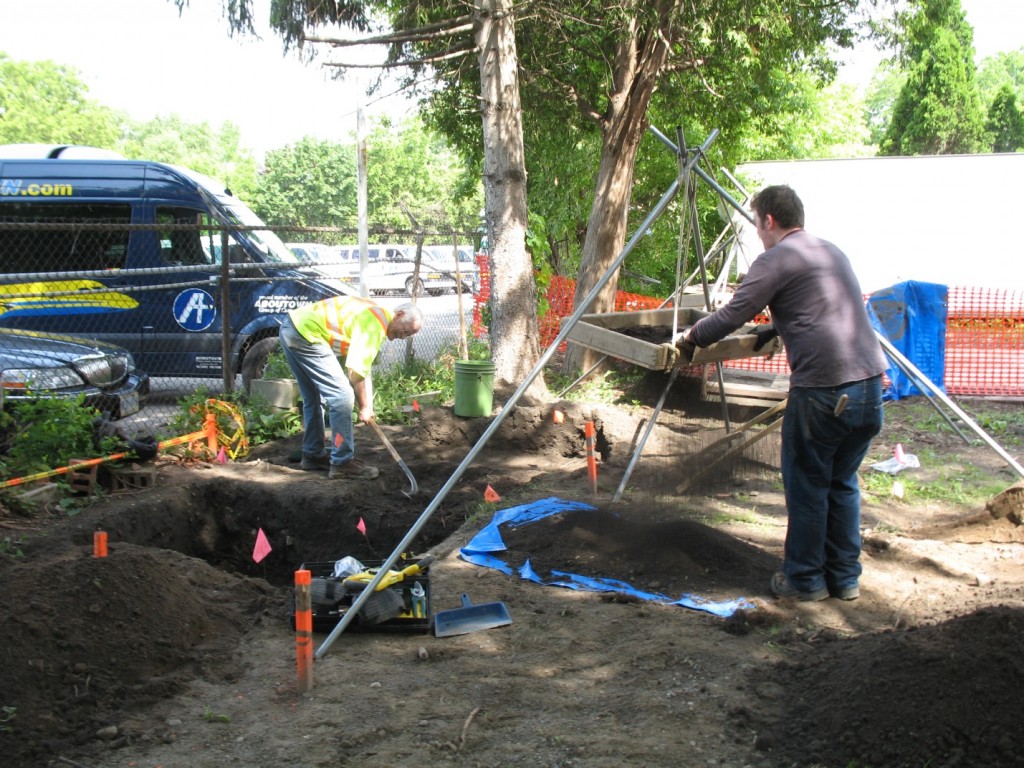 Volunteers conducting excavations at the site.

The excavations were conducted during weekends and included mapping the property, the excavation of test pits, the excavation of one-meter units, and the mapping and excavation of identified features. Given the time constraints placed on the project by the imminent demolition, the outpouring of public volunteers formed the backbone of this project and helped complete our archaeological assessment before the deadline.

A total of 41 units were excavated in the roughly 20 meters by 15 meters area behind the standing structures. The archaeological work uncovered a variety of domestic artifacts that included ceramics, glassware, iron objects, and modern refuse. The majority of the artifacts examined to date have been associated with the later 19th/early 20th century habitation of the site. A total of eight potential cultural features were identified and excavated; one of which may have been a grey water pit and the rest were likely small refuse pits.

Where are we now?

At the time of writing, the majority of fieldwork has been completed and volunteers have completed the processing of artifacts, with cataloging and analysis to follow. There are plans to conduct additional mechanical topsoil stripping behind the house to look for additional features. During the investigation process, the demolition plans for the building were put on hold to allow for the potential relocation of the structure to a new home. 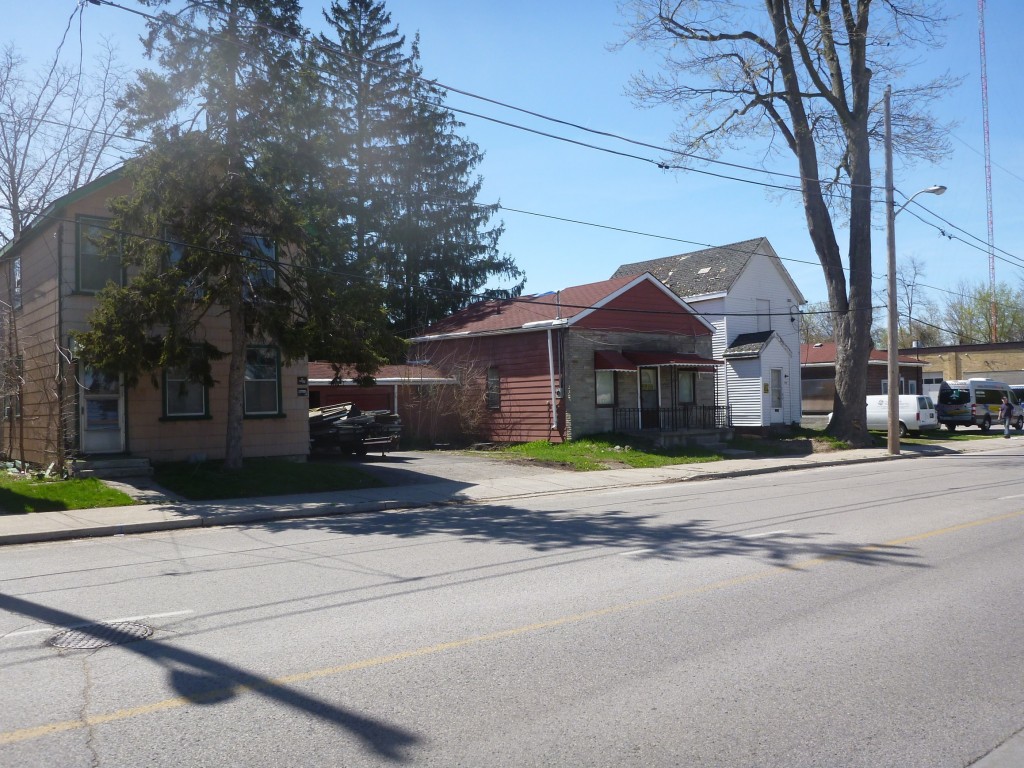 This project helped emphasize the importance of archaeology to help communities remember, as well as the role we have in helping preserve, forgotten pasts; however, this was not a one-sided relationship. The public played a vital role in the implementation, excavation, and conservation of this project and it would not have been possible without their interest and support. While this project was not without its difficulties, as with any project, it shows that CRM archaeology and public engagement can work together to conduct archaeology that is significant to local communities.