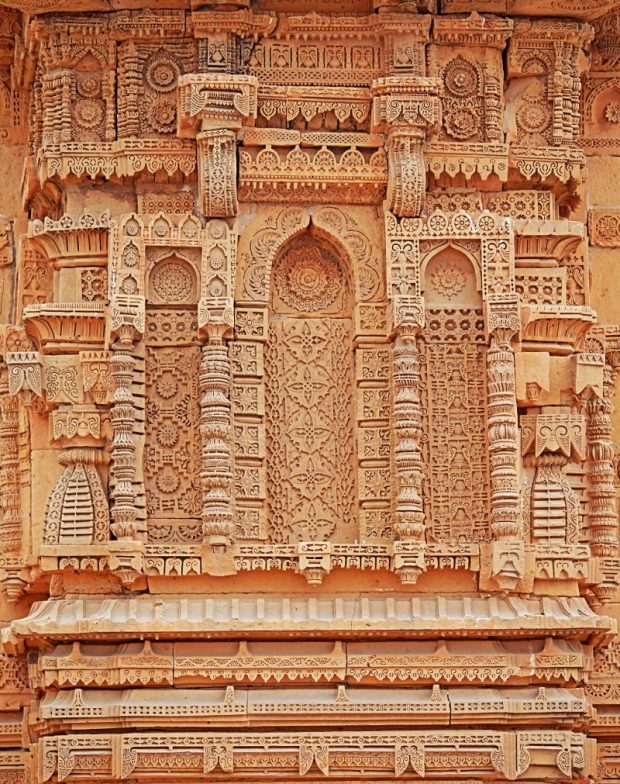 Directorate of Antiquities and Archaeology-

For many of you the World heritage site of Makli may be new to read about. It is a funerary complex on the outskirts of Thatta, Sindh, a province of Pakistan where I live. It is the world’s largest and one of the most unique necropolises, with an extraordinarily diverse architecture of carved stone monuments and Islamic furnery art.  Its tile-clad brick tombs stretched along the Indus River, creating a striking vista visible from afar.

Makli Site Map contained some of its important structures, prepared by the Directorate of Antiquities and Archaeology and SEAS Pakistan

The historical site of Makli was inscribed as a UNESCO World Heritage Site in 1981 as an “outstanding testament” to Sindhi civilization between the 14th and 18th centuries. The site spreads over an area of 10 square kilometres. The site houses approximately one million graves/tombs built over the course of a 400-year period of the Sumas (1340 to 1520 A.D.); the Arghuns (1320 to 1355 A.D.); the Tarkhans (1355 to 1592 A.D.); and Mughals (1592 to 1739 A.D.) who ruled over Sindh with their capital at Thatta. This unique assemblage of various monuments was built with a variety of brick and stone elements over the graves of buried Kings, Queens, Governors, Saints, Scholars, Philosophers and Soldiers of the time. Most of the graves are decorated with the beautiful carving of Quranic verses and geometrical designs over the stone slabs. The site lies over 40 feet high–Makli hill comprised mainly of Eocene age limestone rock–belonged to royalty, various Sufi saints, and esteemed scholars. 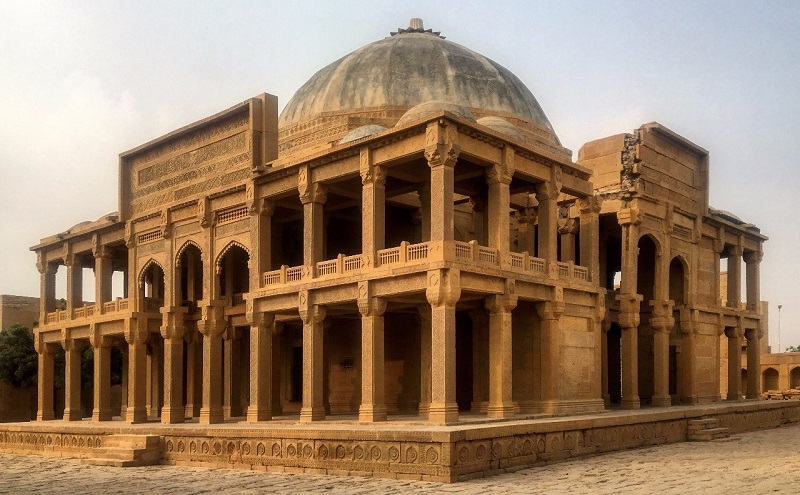 This blog is a part of study [report] of the recent initiative of Directorate of Antiquities and Archaeology – Culture, Tourism and Antiquities Department, Government of Sindh, ―Study the effects of windborne salinity on the monuments and development of feasible mitigation measures to reduce this impact on the outstanding universal value (OUV) of the historical monuments at Makli, Thatta, Pakistan. A detailed report will be published in Department’s research journal, Sindh Antiquities, ISSN; 1276-1996, Vol-06, No 02, SPECIAL ISSUE, HERITAGE AT RISK. The prime focus of the blog is the marine winds effects on Makli hills monuments. 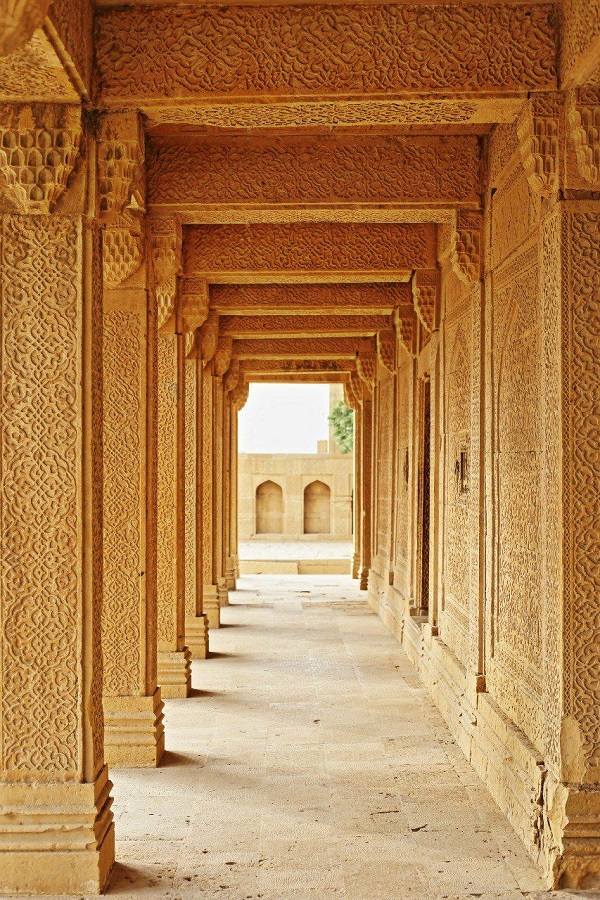 Windborne salinity is one of the major threats to historical monuments and heritage sites around the world. In addition, wind effects in general, air pollution due to anthropogenic reasons, rain, daily and seasonal temperature, humidity and pressure changes are posing significant threat to historical buildings. The monuments closer to marine environments are more exposed to adverse effects of windborne salinity and salt aerosols in particular. The historical monuments of Makli are situated at a distance of about 50km from the nearest landward extension of coastal creeks/waters along the Arabian Sea. Though at a considerable distance, the historical monuments are fairly exposed to marine winds especially to very strong monsoon winds during summer months. 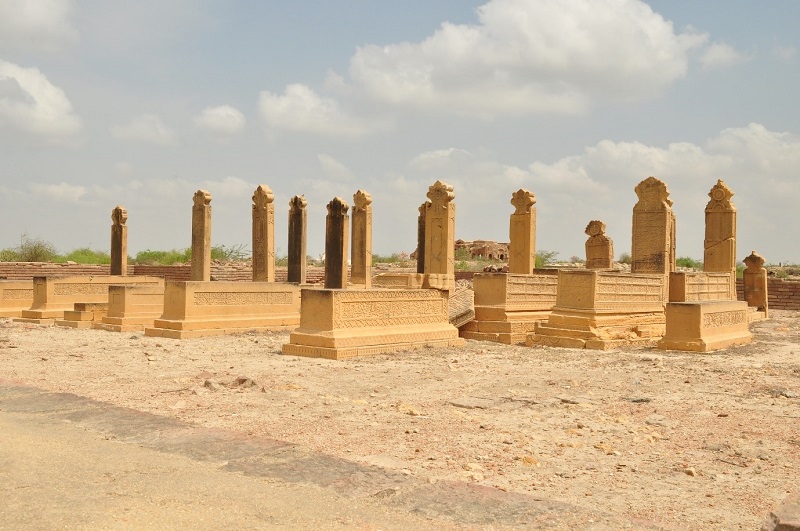 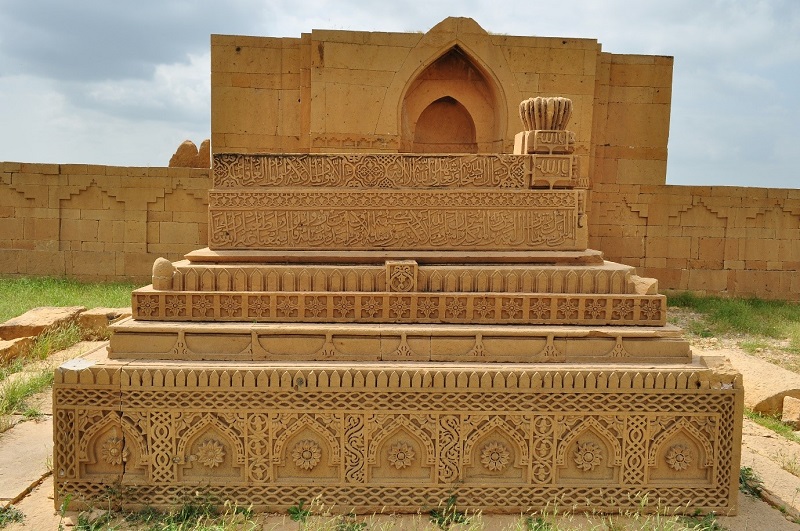 Source: Directorate of Antiquities and Archaeology; [above] Royal family encloser, [Below] the tomb of Dulhey Darya khan

The prevailing winds are one of the determinants of the microclimate surrounding a monument. Seasonal winds, and a seasonal climate in warm zones and monsoon regions are more harmful to buildings. Winds can also influence the change in humidity. The stones chiefly used in monuments at Makli are limestone and sandstone whereas widespread use of baked bricks is also common. Damage to these monuments is largely caused by intrinsic porosity as the water along with various chemicals including windborne salts can penetrate the stones from atmosphere. Humidity and the salts carried out by ocean blown particles play vital role in the deterioration of the stone used in structures and monuments a Makli. The air distance from the Makli area with the Arabian Sea may be sixty to sixty-five kilometres.  The surfaces directly exposed to the wind direction were disturbed more than those areas which were not exposed to the air direction from the southwest.  The prevailing winds blowing at high speed in intense heat also carry particles of solid matter, which result in erosion of surface materials.   The windborne salts and other weather-related impacts are seen as serious threats to Makli Necropolis. 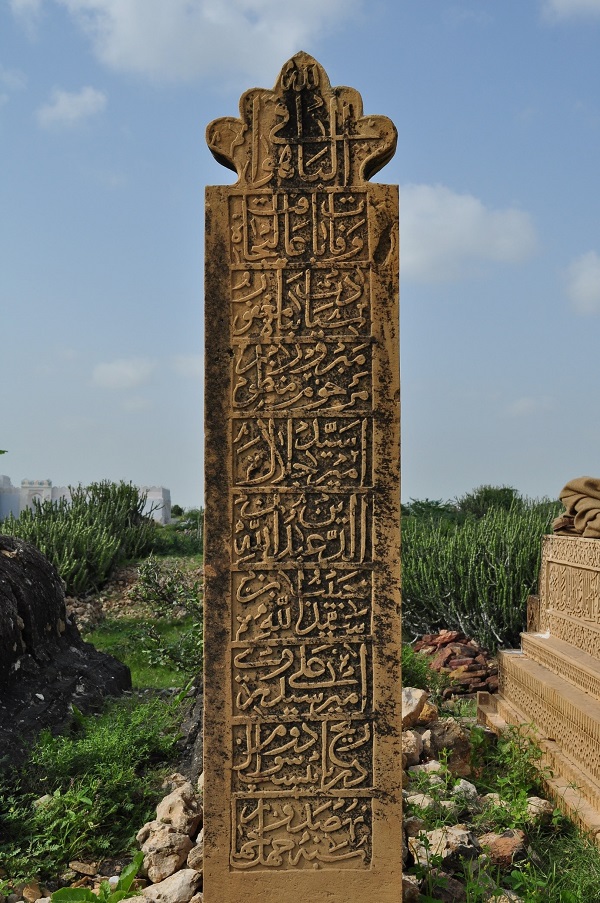 Source: Directorate of Antiquities and Archaeology, erosion effects are visible on the stone slab

Although preventive measures have been taken and the world heritage committee of UNESCO has expressed its satisfaction over the measures the department has taken, climate change has adversely affected Makli over the past decades. A large number of historical monuments at Makli have either been completely or partially damaged. The variations in temperature, humidity, rainwater, salinity, and windborne salts are largely responsible for the degradation of the building structures including the carved stones on graves. The incidence of salt/sulphate attack is visible near the tops of the walls or within the domes. The deposition of salts in the fabric is occurring through the salt-laden moist air to which the monuments have continuous exposure all the year round. It is possible that impurities were present in the original building material and may have been re-introduced unwittingly in materials used for repair and restoration work in more recent times. Mr. Qasim Ali Qaim, the former  director Archaeology stated in his report published in the Journal of Research in Architecture and Planning  (2014), the exposure of Makli monuments to average velocity of about 10-12 miles per hour saline natured winds and periodic rains result in surficial damage as well as percolation of water within the cracks and pores causes serious internal decay after saturation of the external surfaces. 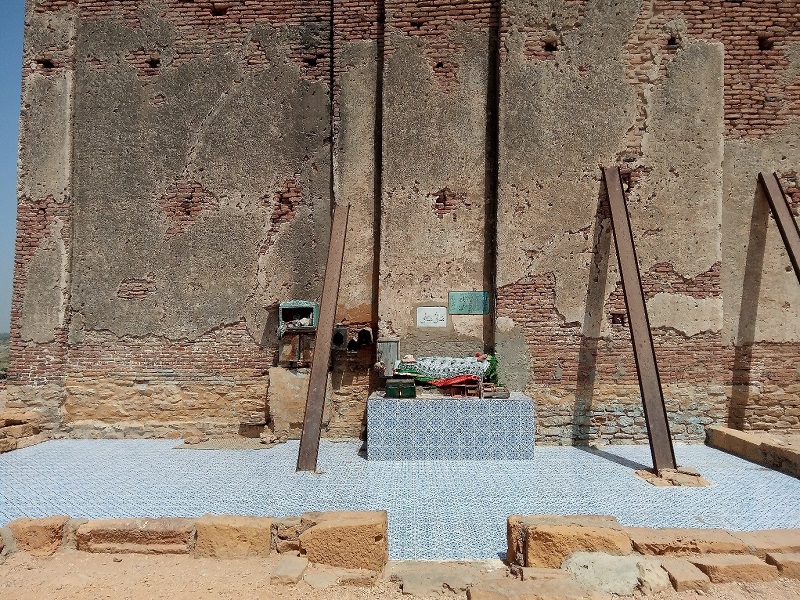 The study that has been carried out on the three monuments with eighteen selected samples of interior and exterior of the buildings, tiles, bricks, and decorative stones carved with Quranic verses and geometrical designs, stated that the deterioration of structure due to air-borne salts can be considered at initial stage. However, climate change is of global concern, affecting heritage, in different ways, especially as a growing threat to UNESCO World Heritage (WH) properties worldwide.  It is essential to exchange and promote case studies, to understand the vulnerability of heritage sites and to provide practical solutions to addressing climate change by harnessing the potential of local tangible and intangible heritage resources. 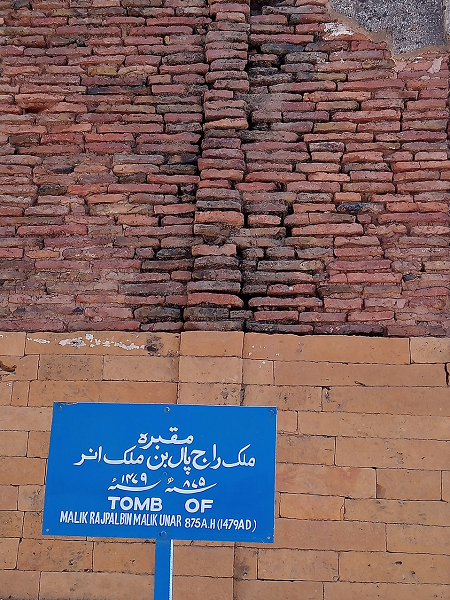