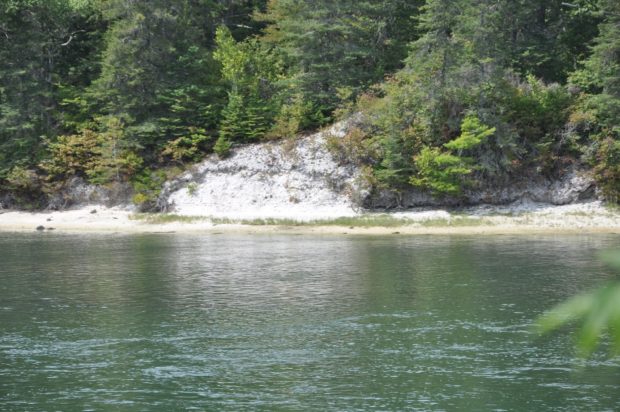 Over 2,000 shell middens (or shell heaps or mounds) on dot the 3500 mile long mainland and island Maine coast.  From the water, middens appear as a flash of white cascading down a bluff or a white apron on a beach. Long thought to be “Indian dumps” by local residents and early archaeologists, recent work demonstrates that these sites are a rich archive of past lifeways and environments and a cultural touchstone for the region’s Indigenous inhabitants.  Virtually all the middens seen today are eroded remnants of larger features.

The largest component of shell mounds are clam or oyster shells. Clam shells are the most frequent constituent along the Maine coast, but significant oyster shell heaps are located in the Mid-Coast region near Damariscotta.  Other cultural material is associated with the shells; pottery sherds made from local clay, the remains of stone and bone tool production, and faunal and floral remains.  The weathering of the shells neutralizes Maine’s typically acidic soil, making middens one of the few archaeological settings in Maine that preserve unburned bones, bone tools, and seeds.  In the interior, organic remains are limited to calcined bone.

Most of the shell heaps visible today were built by Wabanaki people, and range in age from 4,000 to European contact.  It is likely that older mounds existed, but they were eroded and submerged as sea level has risen along the Maine coast for the last 12,000 years. However, climate change is accelerating the pace of coastal erosion through sea level rise, increasing storm frequency and intensity, and more frequent freeze thaw events.

Early excavations in the 19th century focused on archaeological material culture, and shoveled through the shells in search of artifacts.  In some cases, collection of archaeological materials was secondary to mining shells for lime production, chicken feed, or road materials. Modern excavations have revealed a wealth of information on pre-European indigenous lifeways and seasonal movements in the coastal zone.  Faunal remains from middens are also an important resource for researchers interested in two New England/Maritimes extinct species, the Great Auk and the Sea Mink.

Maine shell middens occur in a variety of sizes and coastal settings.  The largest remaining shell heap is the Glidden Midden in Newcastle.  Composed of largely oyster shells, the midden rises almost 30 feet above the west bank of the Damariscotta River, and extends for almost 300 feet along the shoreline.  It is easily viewed from the Whaleback Historical Site on the opposing bank in Damariscotta.  The Whaleback Midden was even larger than the Glidden Midden, but was almost entirely removed in the late 1880’s to produce crushed shell for chicken feed and road material.  The Glidden Midden’s large size may be due to its composition of oyster shells, larger than clam shells, and its more protected position on a tidal river, rather than on the open ocean.   Clam-shell dominated shell mounds are found both in sheltered coves and on more open stretches of coast.  Those in sheltered locations tend to be limited in size, while some in more exposed extend over 30 meters along the shore on beaches or bluffs. They are likely the remains of much larger features easily visible from offshore, and suggest a social function beyond refuse disposal. 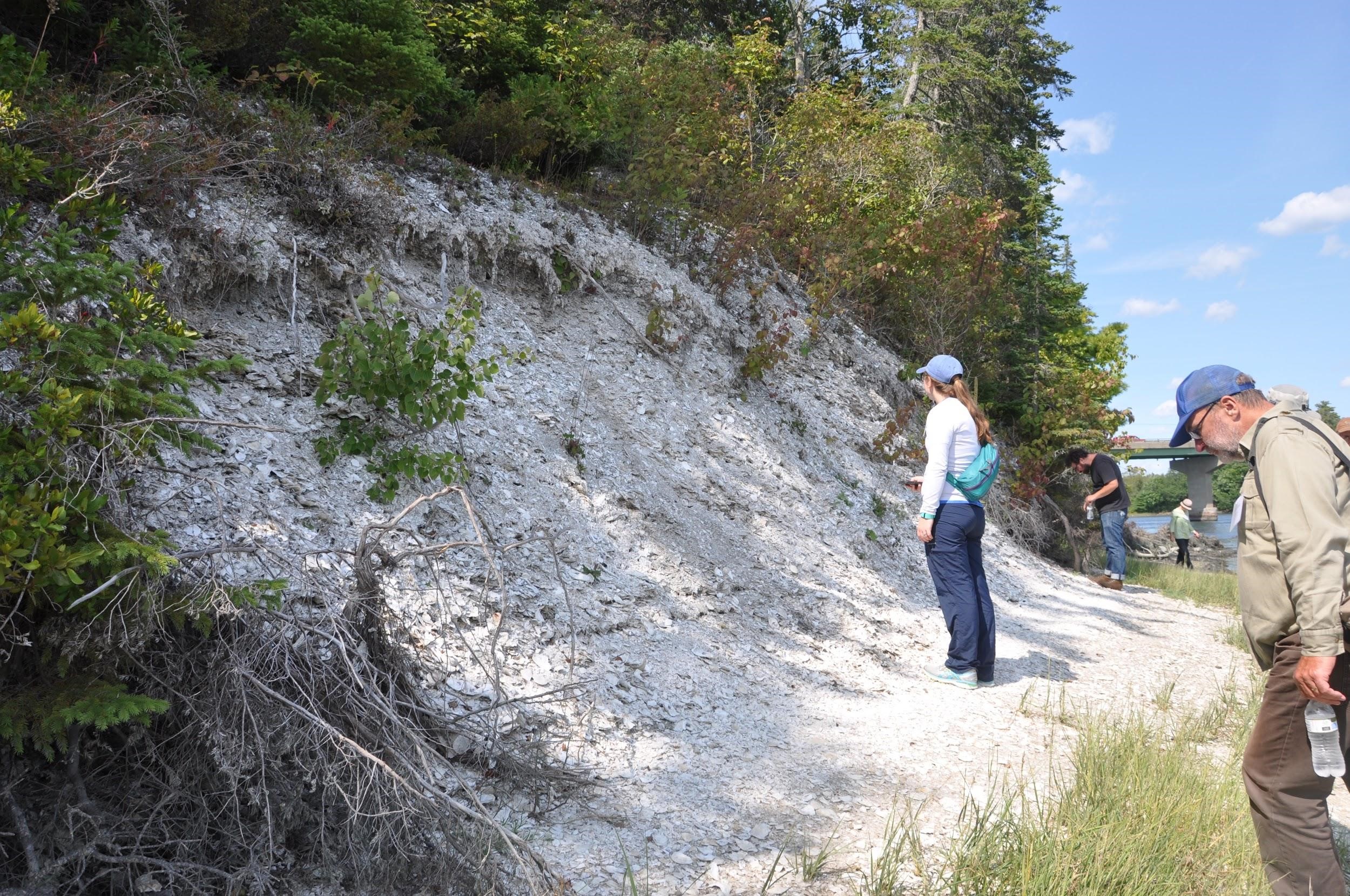 However, we may never know what roles shell mounds played in the social setting of early Indigenous people.  Many shell middens are eroding in the face of climate change-induced impacts.  Rapidly rising sea level brings the reach of more frequent and intense storm waves higher along the shore.  Increasing numbers of freeze-thaw events serve to destabilize the middens and hasten their erosion. Development and looting damage middens.  All of these impacts are intensifying, just as these features are being recognized as recording important cultural and environmental information.

The Maine Midden Minders was created in conjunction with the Maine Historic Preservation Commission and Maine Sea Grant to create a link between academic/governmental research and local citizens and tribal members to monitor and document the erosion of many recorded but unstudied middens.

Bringing citizen scientists into a data collection program first required a shift in thinking for professional archaeologists.  In the past, shell midden locations have been shared only with trusted researchers in an effort to prevent looting and trespass.  Recognizing that community members already know where middens are located, the program is based on a volunteer’s local knowledge, rather than assigning middens to those who apply to the program.

Annual measurements made using simple tools or 3D drone photography are used to measure erosion.  Seasonal change is documented using sequential photographs and notes that are recorded in a data base designed to protect midden locations and their private landowners from disturbance.  The pandemic has created a hiccup in our recruiting and measurement activities, but we are ramping up with a new season.

For more information about the Midden Minders, go to our website:
umaine/edu/middenminders/ or contact us at middenminders@maine.edu