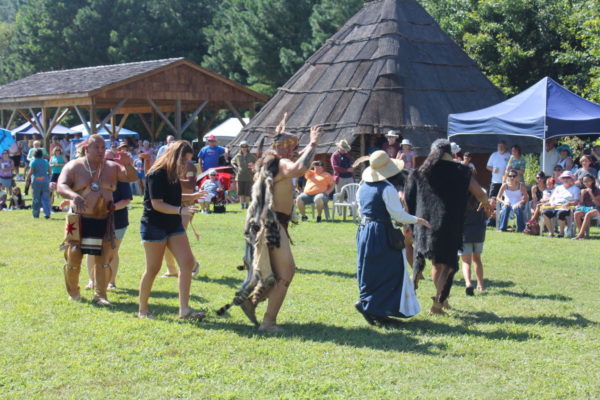 In 2017, the Exploring Joara Foundation (EJF) began the commemoration of the 450th anniversary of the meeting between the Spanish Juan Pardo expeditionary force and the local native people. It is also the 450th anniversary of the founding of Fort San Juan at Joara. The crowning jewel of an ambitious schedule of events was a large community festival.  We are, however, a very small public archaeology foundation with a staff of two. While the August 5th event was successful and very well received by the regional community and our Native American tribal participants, there was a steep learning curve.  For this post, I would like to offer some tips and considerations for those who may be planning a 1000+ participant event for the first time.

Stick to a Theme

Whether your event is a singular occurrence (as ours was) or part of new annual initiative, it’s difficult to cover all aspects of the archaeological heritage you’re highlighting well.  Apply your undergrad term paper writing skills to laser focus your message to streamline event planning and support your organization’s mission.  Inviting all the vendors and the reenactors and the skills experts might build your organization’s partnership list. However, together they may offer a muddled message that will confuse an audience unused to an archaeology festival in the first place.  These early planning processes will ensure all the time and resources spent on the event will produce the maximum amount of benefit for you, your partners, and the community. 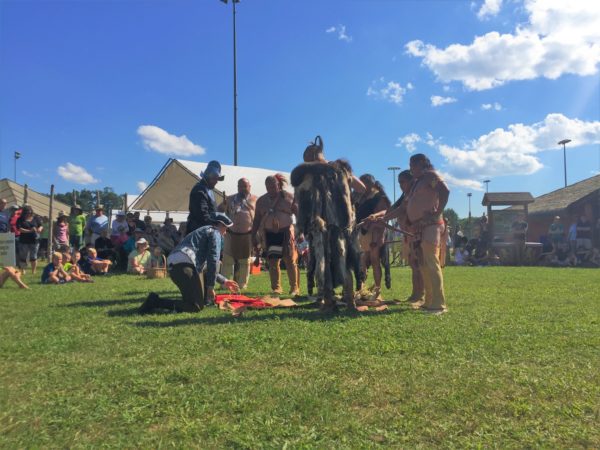 Reenacted presentation of gifts by Juan Pardo to Joarans (Photo by author, 2017).

For example, while we did share the Berry Site story and excavations, we chose to commemorate the events of 1567 by providing a platform for modern descendant tribal communities to share their stories and experiences. The goal was to further EJF’s public outreach mission. In addition to artifacts and archaeology-themed children’s activities, the event included a reenactment of Juan Pardo meeting the chiefs of Joara (executed by Mark Menendez, the Men of Menéndez, the Jager Companie von Roeder reenactors, and the Eastern Band of Cherokee’s Warriors of AnniKituhwa), and performances by a North Carolina intertribal dance troupe.

Most of the event’s vendors were from North and South Carolina tribal communities. Altogether, we had representatives from six of North Carolina’s eight state recognized tribes (Coharie, Eastern Band of Cherokee, Haliwa-Saponi, Lumbee, Sappony, and Waccamaw-Siouan). We also invited our long time partners from the Catawba Nation of South Carolina. The Catawba historically inhabited the Catawba River valley of North Carolina and are a descendant community of the Mississippian Joarans. Visitors raved about the traditional crafts, the informative interactions, and the historical and modern powwow-style dancing. We presented a tangible, accessible path between the data and living cultures.

Consideration of Committees and Community Partners 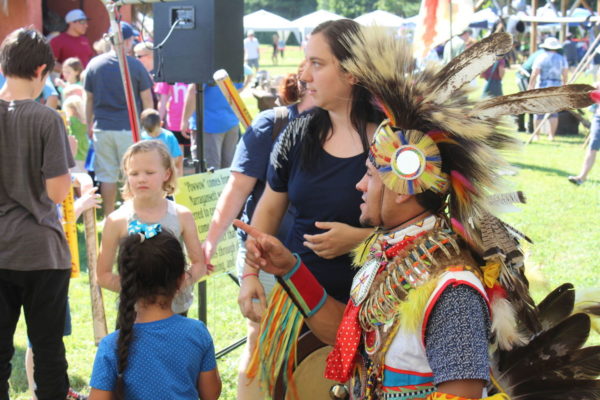 Planning should not rest on the shoulders of one or two people. Other archaeologists, historians, state, and education folk are brilliant contributors but they are not necessarily local logistics experts. Balance is key for large-scope events. In a just-shy-of-too-late stroke of genius, we reached out to the City of Morganton Main Street Department. Their experienced festival and event staff connected us to food vendors, free access to city tents, tables, and chairs, and a borrowed sound system. This help saved us time and a great deal of money. Our work has complimented the city’s and county’s own marketing efforts in the past and they were eager to help with this new style of event. The local county tourism office also awarded us a marketing grant. Even the mayor called to ask if he could open the event. Don’t overlook the resources and enthusiastic staff of your local governments.

Be sure and give yourself plenty of time to allow all these wonderful partnership and committees to function properly. Close to 2,000 people came out to our event, but there could have been more. Event planning and performer outreach took longer than expected, which delayed marketing efforts. If our committees were better employed, then the multitasking would have been more efficient. Do yourself a favor and start actively working on your event at least a year before.  While there will always be stress in the weeks leading up to a large event, it won’t be a “will it/won’t it happen at all” sort of stress if staffing and scheduling are effective. 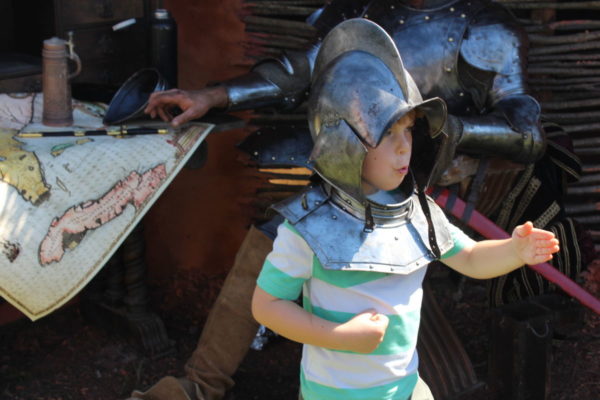 Large scale events can be a very powerful method of sharing archaeology with the public. However, as many archaeologists are not event planners, the prospect of a festival may be intimidating. Relying on a wide variety of archaeological and non-archaeological partners and providing plenty of planning time helps. Planners should also take special consideration of the message. Make sure it rings clear even to those in the community simply looking forward to a new opportunity to get funnel cake. A successful event, like our 450th Fest, will bring more attention to and participation in your regular efforts and strengthen bonds with familiar and new community partners, making the whole process worthwhile.

Have you planned a very large public outreach event before? What did I miss? What other helpful suggestions do you have for event logistics, marketing, or message? 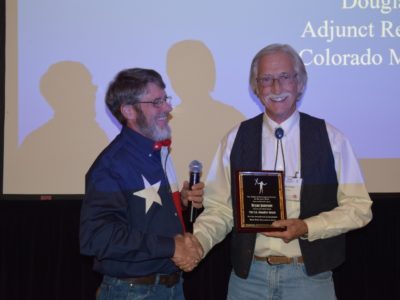 Partners in Preservation: The Texas Archaeological Stewards Network (TASN)
Sarah Jane Chesney, PhD Texans like to boast that “everything is bigger in Texas,” and…
SHA 2013: Public Archaeology event
The Past Beneath Your Feet: archaeology and history in Leicestershire In addition to a three-day…
Enhancing our space with a sense of place
Over the last decade public archaeology in the UK has witnessed a growing profile. This…