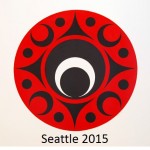 This week we bring you another video recorded session from the 2015 SHA conference. This was a general session so the topics will be diverses. If you are interested in seeing more great archaeology presentations be sure to book your tickets to this year’s SHA conference in Washington DC.

While archaeologist in the western United States survey wide open expanses for federal and state agencies, archaeology in the urban centers themselves are often ignored. The majority of city centers consist mostly of businesses and business is money. Archaeology in these districts cost time and money, so archaeology is almost never undertaken unless it is done for an agency that must follow established laws and regulations that include archaeology. The new United States Courthouse for the District of Utah in Salt Lake City, Utah, presented just such an opportunity to conduct urban archaeology. The results of these excavations have highlighted contrasting interpretations of the accepted narrative history of the city, and the life style of its inhabitants. This paper presents some of the evidence for a reinterpretation.

Present in the Past: Environmental Archaeology and Public Policy

Eroding farmland, diminishing forest stocks, sediments choking navigable waterways….these are environmental changes wrought, at least in part, by human decisions and human actions. In the present, these are highly politicized issues, providing thin veils to debates about ideology. Exploring environmental changes in the distant past creates a safe place in which dialogue participants have little or no vested interest and ideology a less prominent role. Public dissemination of archaeological research into historic changes in the lands and waters of Southern Maryland, USA, specifically dealing with erosion and sedimentation, have a direct bearing on the current statewide “rain tax” debate. Research at the Port Tobacco townsite and the Sellman’s Connection plantation contribute to a scientific basis for public policy without direct reference to the politics of imposing a new tax to fund solutions to a centuries-old problem.

In 2012-2014, AMEC successfully balanced the needs of the National Park Service (NPS), the Presidio Trust, and regulators to preserve historic resources, maintain public relations, engineer safe and effective solutions, and address environmental concerns during remediation activities to remove contaminated soil at the Presidio of San Francisco, a NHLD and NRHP-listed property. For over 150 years, the Presidio, located near the Golden Gate Bridge, was used by the U.S. Army to protect San Francisco. Remedial activities removed approximately 14,800 cubic yards of contaminated soil. Working with NPS staff, AMEC archaeologists developed an archaeological monitoring, sampling, and excavation strategy that preserved archaeological resources while keeping the project on schedule and budget. The 32 features recovered included a buried 1870s ammunition magazine and large, intact 1870s and 1890s coastal defense battery features. This presentation discusses the challenges of working in an archaeological landscape and the innovative techniques used during remedial excavations.

Overwhelmed with Possibilities: A Model for Urban Heritage Tourism Development

The city of Pensacola, FL has been attempting to create a heritage tourism industry for half a century but has never achieved the same level of success of some of the most notable destinations they were trying to emulate. This is, in part, due to a significant level of development in the historic district, much of which is now historic as well, combined with an impressively complex history concentrated in a relatively small area. If Pensacola, and any community in a similar situation, is to develop an effective heritage tourism program then a well organized plan is required. This paper presents a model for the development of an interpretive program which aims to provide the best possible results for the community, the tourist, and the archaeological resources.

The Best Kept Secrets in Archaeology: The numbers no one knows, but everyone talks about.

How many professional archaeologists are there? How much do they make? How many women are archaeologists? Where do they work? It has been 20 years since the data to answer these questions was gathered through a survey and published in the report The American Archaeologist: A Profile by Melinda A. Zeder. However, there has yet to be a follow up project. Our only profile of professional archaeologists is arguably out of date, significantly. This paper uses a variety of different data sources to build up a profile of current American archaeologists and what has happened in the intervening years. While it is not possible to replace such a large scale survey as the one undertaken 20 years ago, this paper will layout what we know, a current profile, and our gaps in knowledge.