The District of Columbia is a strange political entity and our unique status has unexpected effects on local archaeology. But that makes it a perfect place to focus on the upcoming 50th anniversary of the National Historical Preservation Act (NHPA) of 1966 and the 100th anniversary of the creation of the National Park Service (NPS) in 1916, to be commemorated at the #SHA2016 conference. Why? Because Washington is a “special” federal enclave rather than a state and many District affairs are subject to federal laws. The District has a State Historic Preservation Office, or SHPO, that was established by, and is annually funded as a result of the NHPA regulations. The federal government owns 21.6% of the land in the District, so one-fifth of our land mass is directly subject to Section 106 of the NHPA. And 17% of District land is managed by NPS, making them a major partner in many archaeological projects.

Washington, D.C. is also a residential city with numerous historic districts and its own preservation laws, and procedures. The SHPO also serves as the “local” Historic Preservation Office (DC HPO). The District has a rich cultural history that began long before it was chosen for the nation’s capital which includes both prehistoric and colonial resources. In recent years we’ve seen an explosion of development that has led to dozens of city-funded archaeological surveys in addition to the ones conducted for federal projects. The bulk of these local projects were on city park and school properties, which comprise some of our largest non-federal open spaces. Among the sites identified are significant prehistoric camps and quarries, Civil War-era military and contraband camps, antebellum estates and tenant farms, former cemeteries, and urban row houses and alley dwellings. Archaeology offers a unique perspective – and sometimes the only material evidence — on events that were often ignored or overlooked in documentary sources. As the city’s Archaeology Team, we operate at both the federal and city levels, consulting with agencies on project concepts to ensure locations that merit survey are identified early on in the planning process, reviewing survey work plans, and commenting on draft technical reports. We are also responsible for maintaining and managing the archaeological collections, all paper and digital records, the site files, our Geographic Information System (GIS), and the archaeological survey report library. Any outreach, and education we get to conduct is pure “gravy!” Our efforts are somewhatconstrained because Chardé Reid, the assistant archaeologist, is a limited-term contract. Despite the challenges, we have forged a public outreach program on a shoestring! We have developed strategic partnerships with a variety of groups, and rely on the contributions of our graduate student interns and volunteers. Stipends are sometimes available for our interns, but the real payoff for them is the experience in a SHPO, and mentoring as they enter the job market.

Archaeology has quite a bit of community support in the District and Washingtonians turn out at our events, tune in to radio shows, and email us all the time! Mitchell Park is a great example of this. The park is located on the site of a large farm-house built by Anthony Holmead in 1795, and is a National Register-listed property. When a neighborhood group, Friends of Mitchell Park, raised funds to renovate and improve the park, they also funded an archaeological investigation of the Holmead House site. Community members now serve as site guardians and vigilantly protect the resource, which remains buried beneath their feet. Community support for archaeology may be tied to other concerns, as when groups attempt to use site preservation as a tactic to impede development even before any investigations occur. This is a tricky line for us to walk, since we promote an archaeological preservation ethic, but we also need to be sensitive to public benefits of development. We can’t short-circuit the review process to appease one constituent, because there are many competing needs and perspectives.

We do as much public outreach as possible given all our other responsibilities and limited staff. As the city grows and our demographics change, it becomes increasingly important for residents (especially young people) to understand the city’s history, diversity, and unique neighborhoods. We talk to schools, clubs, community history and heritage groups, and at neighborhood libraries, and we bring along displays and artifacts from our collections. Student interns are a big part of these outreach events and often plan and program them. We have gained the most ground by partnering with local non-profits, such as Archaeology in the Community. They have the capacity to organize annual events like Archaeology Day (in October) and Day of Archaeology (in July). Even NPS has gotten involved at the local level by starting a summer Urban Archaeology Corps program comprising District high school through college-age youth, who learn about local history, archaeology, and NPS careers. While few UAC participants plan to study archaeology, their feedback indicates they like learning about their neighborhood history and regret not getting more of it in school.

The lens of archaeology is our tool for providing alternative perspectives on the District’s long and diverse history. We have the ability to look at groups often overlooked by more traditional history. The lens, while powerful, requires that some remnants of the past remain in the ground. Therefore, continued protection and management of archaeological resources are needed. But our efforts also need support from an educated and empowered public, who embrace and advocate for archaeology because they believe it enriches historical narratives. Identification and preservation of archaeological resources is best done by concerted efforts of preservation partners at every level, including Federal, District, and neighborhood entities. We look forward to engaging more groups as we increase our outreach capacity and visibility through our limited – but successful — “shoestring” efforts. 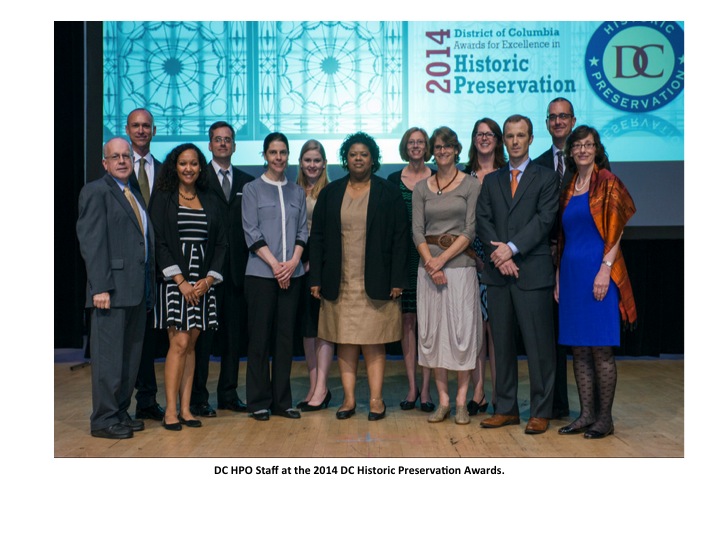 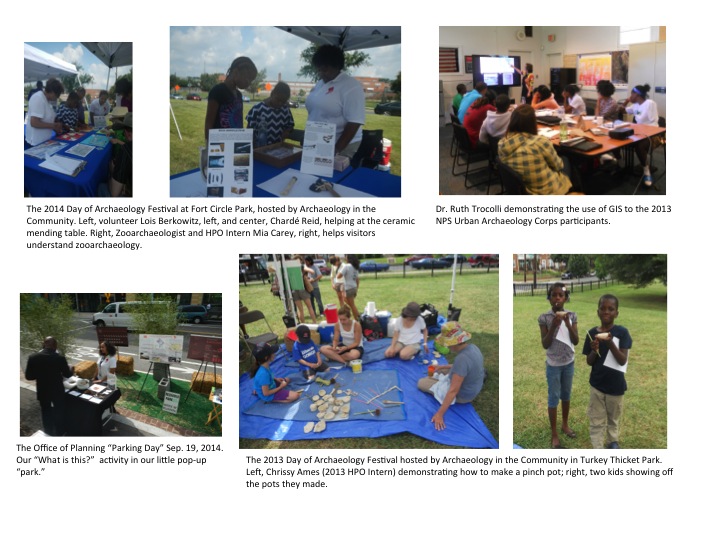 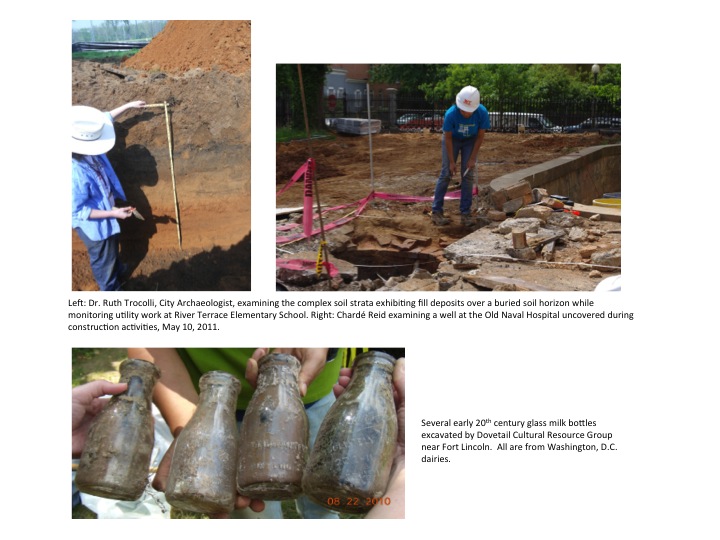 #SHA2016 Tips for Your Stay in D.C.!
Good morning SHA members!#SHA2016 is just around the corner, and the advance registration deadline is tomorrow,…
Public Archaeology Happenings in Seattle: What not to miss!
by Sarah E. Miller, PEIC Chair Do I say this every year?  There seems to…