Here is a riddle, what technology is used by an archaeologist working on a 19th century farmstead, an archaeologist recording a wreck in the Mediterranean, and an archaeologist explaining a site to a group of fourth graders? The Answer – Photography. This week the SHA Technology Committee is excited to present the fourth installment of Tech Week on the SHA blog. This tech week focuses on the many uses of photography in archaeology. All three bloggers discuss how they use photography to not only record the past, but how they use it to better understand it too. 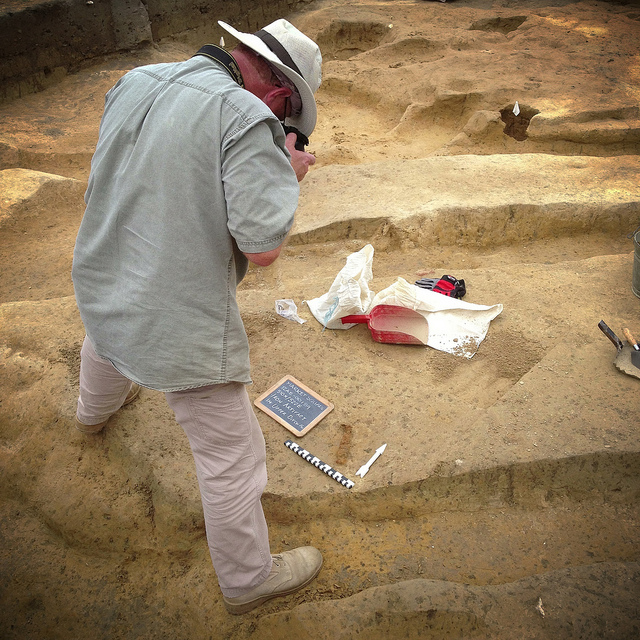 The week begins with a post by Drew Fulton. Drew’s work as a conservation photographer and filmmaker took him to the Kızılburun wreck in the Aegean Sea. The logistics of photographing a wreck 150 feet below the surface of the ocean can be staggering, but Drew was able to capture the wreck in breathtaking 360 degree interactive panoramic images.

Following Drew’s post, Karen Price discusses the use of photography in preservation at Mount Vernon. Karen provides tips and tricks for both the amateur artifact photographer and the professional archaeologist, while making a call for all archaeologists to reconsider their approach to field and lab photography. She also provides some stunning examples of her work.

The final blogger for Tech week is Carrie Fulton. Carrie discusses her work on the ship that was discovered at the World Trade Center site in New York City. Typically, archaeologist painstakingly record each timber of a ship, but because of the nature of the site and the heavy push for construction, Carrie and the team of archaeologists working at the site, didn’t have time to record the ship in such detail. Utilizing a wide range of technology they created a detailed digital record that allowed them to create a 3d model of the ship that recorded the exact spatial layout of each timber.

Check out the #TechWeek Posts:

Related Posts
Tech Week: Underwater and Public Archaeology
Hello SHA blog readers and welcome to a third installment of Tech Week ! This…
New Articles from Technical Briefs in Historical Archaeology
Technical Briefs in Historical Archaeology has recently published several exciting and useful articles. Three are…
Preservation Photography: Roles and Rules
By Karen Price There’s something about a photograph. Humans are visual and I think pictures…