State Archaeologist, Dr. Nicholas Bellantoni, has held his post watching over Connecticut’s archaeological resources for the past 27 years.  During his tenure he encountered sites ranging from Native American settlements to a World War II plane crash.  Throughout his career Dr. Nick has included the public in many ways, speaking regularly about his excavations at historical societies, libraries, and even to Audubon groups.  His fieldwork endeavors make use of a large volunteer group who supports his office, the Friends of the Office of State Archaeology (see SHA PEIC Blog November 4, 2013).  Part of his job is also teaching introductory archaeology classes at the University of Connecticut, where several students have been known to declare their major as anthropology after completing his class.  Even in my own experience the response I get from anyone who hears I’m an archaeologist is, “Do you know Nick Bellantoni?”  Dr. Nick is a celebrity in his own right here in Connecticut.  A lot of that has to do with his passion for exciting the public about archaeology and his constant outreach efforts. 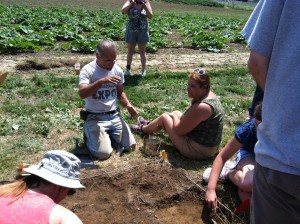 I caught up with Dr. Nick while he was leading a public dig for teenagers for the Historical Society of Glastonbury.

I want to share his thoughts on the importance of public outreach and engagement in archaeology:

Dr. Nick was the first State Archaeologist after the Office was legislatively established.  Upon starting the job, how important did he think engaging the public would be? 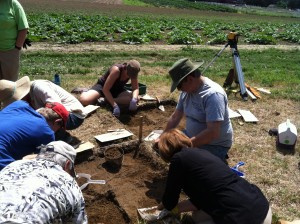 Dr. Nick’s schedule has been packed with speaking arrangements in the last several years.  Has this always been the case? 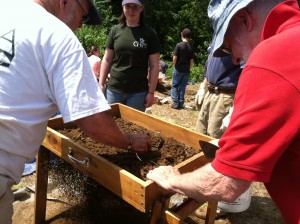 How did Dr. Nick’s relationship with the public evolve over the last 27 years?

How does Dr. Nick maintain the energy and enthusiasm for working with the public?

Many articles have been published in Connecticut lately about Dr. Nick’s celebrated role as State Archaeologist and his favorite excavations.  What excavation stands out as successfully including the public?  And what excavation is the public most fascinated in still to this day?

What advice do you have for your successor in regards to working with the public?

Does Dr. Nick see himself remaining involved in archaeology after his retirement?

As President of the Friends of the Office of State Archaeology, our volunteers, and all of Dr. Nick’s fans in Connecticut and beyond wish him a happy retirement.  Words cannot express the gratitude we have for Dr. Nick’s contributions to Connecticut archaeology. 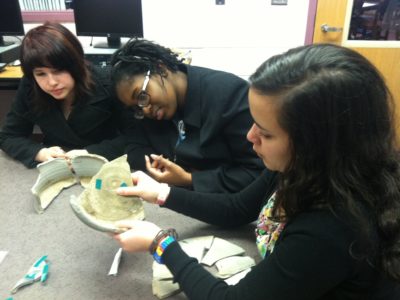