The Fall 2013 SHA Newsletter is now on its way to members. Of particular note in the current issue is a story from Charles Hodges regarding a recent metal detecting event at the iconic site of Flowerdew Hundred, a site which is important not just for its archaeological record, but also for its important role in the development of North American historical archaeology. In March 2013, Flowerdew Hundred was the site of the “Grand National Relic Shootout”, a largescale metal detecting event undertaken without any archaeological involvement, and allegedly without the informed consent of the landowner. This cautionary tale will be of interest to any SHA member interested in the ongoing debate about the interaction between archaeologists and different metal detecting groups. The story is being presented to SHA members in coordination with the Council for Northeastern Historical Archaeology, and will also be printed in the Fall CNEHA Newsletter. Other highlights in the Fall issue include a story from Eleanor Breen and Esther White offering a case study of surveying archaeological repositories in Virginia, and the print version of the 2014 SHA conference preliminary program – here’s hoping we’ll see many of you in Quebec City this January!

You can also download the summer 2013 newsletter at sha.org, along with an archive of all our previous versions. 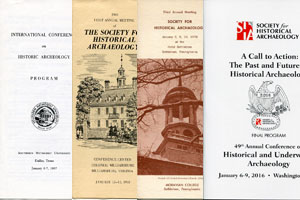 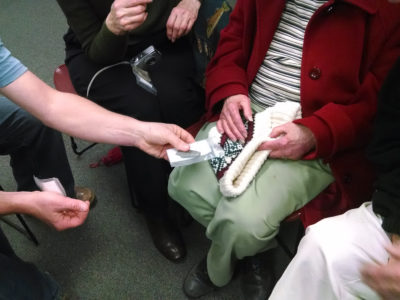 Evaluate your public archaeology
Evaluation is recognized by colleagues. This has become clear over the past ten years as…
New Thematic Issue of Historical Archaeology: Current Research into the Archaeology of American Landscapes
Landscapes surround and interact with us; they constrain and inspire our actions. Delving into the…