The conference program for the SHA 2013 conference in Leicester boasts a number of trips and tours; here is your opportunity to see more of Leicester and the surrounding area. You can register for these trips and tours, which take place on the days immediately before and after the conference, via the online conference registration website, or with the registration form enclosed with your latest copy of the SHA newsletter. All tours depart from the Mercure Hotel, in the centre of Leicester. Any tour that fails to register a minimum number of participants will be cancelled, and any moneys paid will be refunded to the registrant. 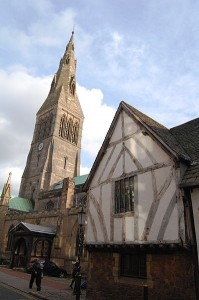 ‘City of contrasts’ – a walking tour of Leicester

Cost: $10.00; lunch is not included; there are many places to eat in Leicester City Centre.

Leicester is one of the most ethnically and culturally diverse cities in the UK outside London, with a rich urban heritage of archaeological sites and historic architecture. This walking tour led by local experts in Leicester archaeology and history will take participants through the city’s remarkable story from the Roman period to the 21st century. Leicester began life as a Roman provincial capital known as Ratae Corieltauvorum, and there are standing remains of a Roman building known as Jewry Wall next to Saint Nicholas’ church. The city was the county town in the medieval period, and the tour will include visits to medieval churches, the castle and the timber-framed guildhall. In the post-medieval period Leicester developed into a major industrial centre, and there are many fine 18th- and 19th-century houses, warehouses and commercial buildings to be seen. Leicester experienced dramatic growth in the 20th century with large scale immigration from South Asia, Uganda and the Caribbean among other places, and today has a rich cultural heritage of religious diversity and toleration, marked by the many Hindu, Sikh and Muslim places of worship across the city (not to mention fantastic international cuisine!)

NOTE – Participants should wear comfortable shoes for a day of walking. 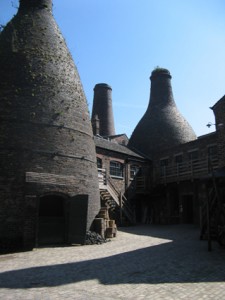 ‘If these pots could talk’ – the Staffordshire Potteries

A visit to the Staffordshire  Potteries which made many of the 17th and 18th century ceramics which are found on sites in the USA, such as creamware, salt-glazed stoneware, bone china and porcelain. See round the Gladstone Pottery Museum, one of the few surviving pot banks in the Potteries, where the processes from clay-processing to glazing, transfer printing and firing can be seen. Lunch will be taken at the Museum, followed by a talk from ceramics expert David Barker and a tour round the Potteries Museum and Art Gallery, with the finest collection of Staffordshire pottery in the world. 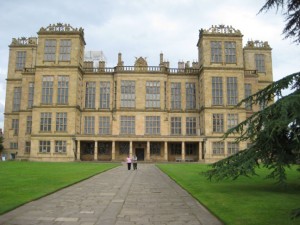 A unique opportunity for an exclusive visit to Hardwick Hall, a 16th century masterpiece and one of the finest historic houses in Great Britain. Created by Bess of Hardwick in the expectation of a visit from Queen Elizabeth I, its huge windows look out over the surrounding countryside of Derbyshire. The house is famous for having one of the best preserved Elizabethan interiors in Britain, with an extensive collection of original early modern furniture, decoration and textiles. A grand staircase takes visitors to the High Great Chamber with its great frieze of the virgin goddess and huntress Diana in a forest, an allusion to the virgin Queen Elizabeth. Participants will have the house to themselves, with a guided tour led by the National Trust’s House and Collections Manager at Hardwick. The visit will include a light lunch.

NOTE – as the house is not normally open to the public in January, it may be cold and participants should dress accordingly. 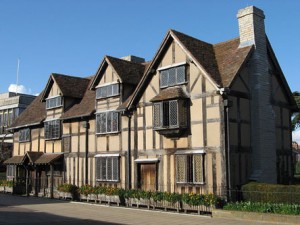 ‘All the world’s a stage’ – Stratford-upon-Avon, Warwickshire

A special opportunity to visit Shakespeare’s home town of Stratford-upon-Avon, one of Britain’s most popular tourist destinations. As well as the famous attractions associated with Shakespeare’s life and family, Stratford-upon-Avon is a beautiful market town dating back to the medieval period, with a wealth of historic timber-framed buildings. Participants will visit the Shakespeare Birthplace Museum, where original 16th-century furnishings and interiors have been painstakingly reconstructed and will also have the opportunity to see Hall’s Croft (home of Shakespeare’s daughter) and Holy Trinity Church where the playwright is buried. In the afternoon they will receive a tour of the Guild Chapel and grammar school, which date back to the 15th century, where new research has reconstructed the original layout and decoration of the buildings. 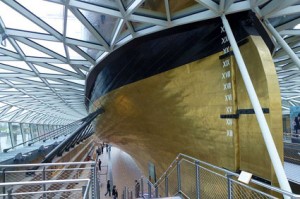 Maritime Greenwich was designated a World Heritage Site in 1997, testimony to its central role in the development of British and European maritime power between the 17th and 19th centuries. The tour will visit the major attractions which make up the World Heritage Site: the National Maritime Museum, which is the world’s largest maritime museum with a remarkable collection representing 500 years of British maritime and naval heritage; the Old Royal Naval College, designed by Sir Christopher Wren; and the Royal Observatory, straddling the Prime Meridian and housing the famous Harrison timekeepers among other displays (http://www.rmg.co.uk/). Lunch will be provided. In the afternoon, the tour will visit the Cutty Sark, the last surviving 19th-century tea clipper and once the greatest and fastest sailing ship of her time. The ship re-opened in mid-2012 after extensive restoration (following a devastating fire) with a new exhibition centre, so this is a great opportunity to see an important piece of maritime heritage brought stunningly back to life. 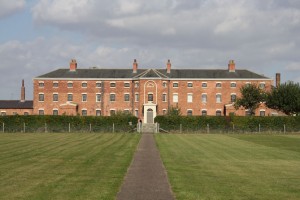 ‘Poverty and prayer’ – the Minster and Workhouse at Southwell, Nottinghamshire

A visit to one of the East Midlands’ hidden gems, the historic Minster town of Southwell, Nottinghamshire. Southwell is known to have been an important Roman centre, and in the Anglo-Saxon period the town was granted to the Archbishops of York, who established a major Minster church here. The Minster is a beautiful miniature Cathedral, with a 12th-century Norman nave and a 13th-century gothic chancel and chapter house, famous for its wonderful naturalistic sculpted decoration.The small town surrounding the Minster contains pretty Georgian houses and shops. Outside the town stands a more dismal element of Southwell’s history; in 1824, the first Union Workhouse in Britain was built here, which survives remarkably intact and is now owned by the National Trust. A grim building designed to segregate, punish and reform the ‘idle poor’, the Southwell Workhouse became the model for the notorious ‘New Poor Law’ of 1834, and the bleak interiors display attitudes towards poverty, homelessness and institutional life from the 19th century to the present day. For delegates with an interest in institutions of incarceration and reform, this tour provides a unique opportunity to experience life in one of the most influential punitive institutions of 19th-century Britain.

NOTE – as the Workhouse is not normally open to visitors in January it will be very cold, and participants should dress accordingly. Comfortable walking shoes should be worn. 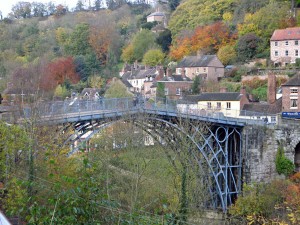 Ironbridge – Birthplace of the Industrial Revolution?

The Ironbridge Gorge was among the first group of UK sites to be designated as a World Heritage Site in 1988. The Quaker industrialist Abraham Darby first successfully smelted iron ore with coke here in 1700, and his grandson then built the world’s first cast iron bridge across the River Severn in 1779.  The Coalbrookdale Company created one of the first industrial settlements with its terraced rows of housing, institutes, churches and chapels.

This two-day tour will visit all of the museums which are part of the Ironbridge Gorge Museum Trust.  These include the open air museum of Blists Hill, the Coalbrookdale Museum of Iron, The Jackfield Tile Museum and Coalport China Museum with its splendid displays of bone china. Dinner and overnight accommodation in the Telford Golf Hotel and Resort.  A highlight of the visit will be an early evening lecture from the Academic Director at Ironbridge, David de Haan. He is a leading expert on the 1779 iron bridge, to cross which even the Royal Family had to pay tolls, and he will also lead a tour to the bridge and its toll-house next day.