The Past Beneath Your Feet: archaeology and history in Leicestershire

In addition to a three-day academic programme the Society for Historical Archaeology’s 2013 conference will include a free, public programme of events, to be held at Leicester University on the afternoon of Saturday 12th January.

The event will feature three headline public lectures, re-enactment performances, living history displays, archaeological exhibits, interactive and educational activities (delivered by Leicester University’s student outreach team), and stands containing information from local and national archaeology and history societies. The Portable Antiquities Scheme will be present so if you are from the local area and have a ‘find’ why not bring it along to be identified and logged on the national database?

There will be something of interest for everyone – from the youngest child to the oldest adult – and the event will showcase the depth and richness of Leicestershire’s archaeological heritage, representing a diversity of peoples, places, and events. 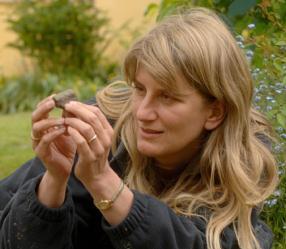 Dr. Carenza Lewis is an archaeologist based at the University of Cambridge. She is widely recognised for her 13-year stint on the innovative, long-running and award-winning Channel 4 archaeological series Time Team, and more recently for her involvement in Michael Wood’s The Great British Story (BBC). Outside of her television appearances, Carenza has long-standing research interests in settlement development in medieval England and since 2004 has developed and co-ordinated the Access Cambridge Archaeology programme at the University of Cambridge. The aim of this programme is to enhance educational, economic and social wellbeing through active participation in archaeology. It seeks to achieve this by running novel, fun and challenging activities for members of the public, including school pupils, to develop new skills and confidence; raise their educational aspirations, boost their academic performance; enjoy learning for the love of it; take part in new archaeological excavations and make new discoveries about themselves and the world around them.

Professor Francis Pryor has been a British archaeologist for over forty years, having excavated several major sites, mostly in the Fens of eastern England. He is famous for his role in the discovery of Flag Fen, a Bronze Age archaeological site near Peterborough. Francis has now retired from full-time field archaeology, but still appears on television and writes books as well as being a working farmer. His specialties are the Bronze and Iron Ages, to which he brings a unique perspective as a working farmer. Francis has tried to bring archaeology to a wider audience, with a number of books, radio and television programmes, including Channel 4’s Time Team and Britain AD. 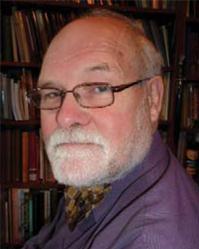 Dr. Kevin Leahy. Before starting in archaeology Kevin trained as a foundry engineer and remains interested in metals. He read archaeology at Leicester and then spent twenty-nine years as archaeologist at the North Lincolnshire Museum. While at the Museum he excavated some important Anglo-Saxon sites including the Cleatham cemetery, which formed the basis of his Nottingham PhD. He started recording metal detector finds more than thirty years ago when he saw how ploughing was destroying sites. Kevin has written a number of books including ‘Anglo-Saxon Crafts’, ‘The Anglo-Saxon Kingdom of Lindsey’ and ‘Interrupting the Pots; Excavation of Cleatham Anglo-Saxon Cemetery’. Retiring from the museum in 2007 he now works part-time for the Portable Antiquities Scheme (PAS), as a National Finds Advisor covering the early medieval period but also assisting with flint and stone. Whilst with the PAS he was responsible for the first catalogue of the great Staffordshire Hoard of Anglo-Saxon treasure, a project with which he remains involved. He is also working on Anglo-Saxon tools hoards and Irish metalwork from England.

Branding, Buy-in, and Archaeology Partnerships
By John P. McCarthy, RPA Delaware State Parks In 2014 as a new employee of…
Past Presidents’ Student Reception
Students! You may be asking yourself: “What exactly is the Past Presidents’ Student Reception?”, “Will…
Tours at the 2017 SHA Annual Conference – Fort Worth, Texas | January 4-7, 2017
OK! How’s that shopping list coming? You getting it squared away? I’m going to say…