Over the past two years, I have been responsible for creating a wide variety of educational outreach programs for the Exploring Joara Foundation, a small public archaeology organization in western North Carolina.  This summer has been particularly scorching, and as we slowly stew in the thick heat of summer it is easy to forget that our role as archaeology educators goes well beyond our responsibility to stress the need for the preservation of archaeological resources and the understanding and appreciation of past cultures.  We may be the only real face of archaeology that the public sees, and it is our responsibility to not only make an impression that breaks the stereotype of treasure hunter, but to also inspire children and adults to ask more questions about the past and to become directly involved with its preservation.  This is the only way the public will not just know the importance of preservation, but leave with the belief that it is their responsibility to make that a reality.

The Exploring Joara Foundation is a perfect example of what results from putting the past in the public’s hands. The non-profit was formed in 2007 by members of the Morganton community with assistance from head archaeologists at the Berry Site.  The foundation’s goal was to help support professional archaeological research at the site. It has since grown to incorporate a public education program dedicated to promoting awareness and understanding of archaeological resources. This has put the organization in a fairly unique position. It is not tied to any specific school, institution, or state. Instead, the foundation was born from the local community’s desire to share the archaeology of their hometown and to preserve its history. Though we are over an hour away from any metropolis, our wide variety of outreach has provided us with a steady stream of students, scouts, teachers, homeschool groups, campers, and community members that are eager to learn more about the region’s archaeology. The foundation now functions as a year round resource for the community, offering free and paid programming to the public, while still helping to support professional archaeological research at the Berry site. 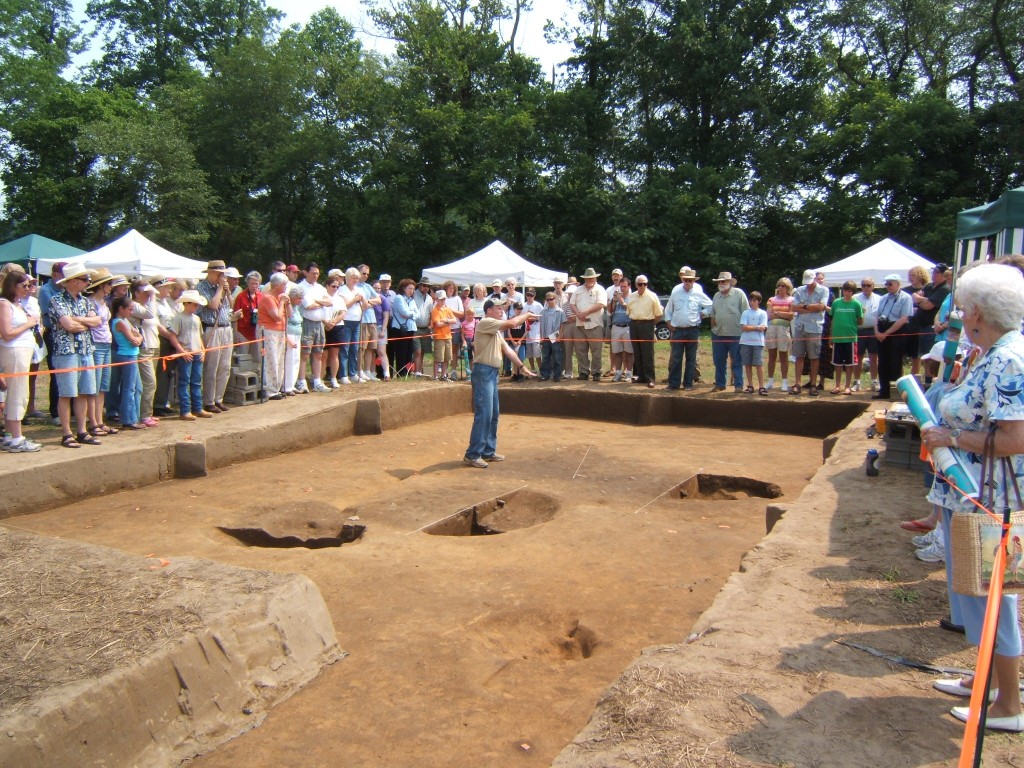 Before 2010, the foundation only funded one public open house at the Berry Site each year. During those public days we heard numerous suggestions and requests from the community on what they felt we should offer. By building our outreach around their requests, we have been able to accommodate a broad range of ages and interests. The foundation now supports talks at local schools and organizations, teacher workshops, summer camps, and field and lab experiences for all ages. We added each of these programs only after listening carefully to the public on what they wanted or felt was needed for the community. This is essential to creating a public archaeology program that really works. It’s certainly a trial and error process, but knowing what the public wants is crucial. 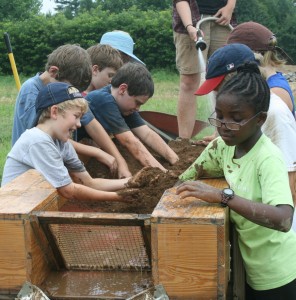 Middle school campers learning to screen at the Berry Site.

One of the requests we heard most was for archaeology experiences for kids too young to participate in the Berry Site Field School. With direction from Dr. Theresa McReynolds Shebalin, the foundation is now able to offer camps for both middle school and high school students in July and August. The campers have a similar experience to field school students at the Berry Site as they work alongside professional archaeologists to uncover the remains of a 16th-century Catawba town and Spanish fort. Campers revel in knowing that they are contributing to research and that their interpretations may find their way into the professional archaeologists’ dialogue. During the hotter part of the day, campers take part in experimental archaeology projects, artifact analysis, archaeology games, and crafts. The camps are designed to be discussion based in order to give kids the opportunity to ask questions and pose hypotheses so that they can feel directly involved with the research. This year those discussions led the middle school students to ask questions such as: can you tell the difference between carbonized corn that has been cut or eaten off the cob? The question resulted in a blind experiment to determine if the campers could tell the difference with corn from the store burned behind the field house. At the end of the week, students leave the camp with the feeling that archaeology is a field that is accessible and possible to pursue as a career. It is necessary to make sure each person leaves not only with a better understanding of the past and an appreciation for preservation, but with a feeling that they participated in adding to ongoing academic research.

Caldwell County Public School group celebrates after a day in the field.

Since we can’t reach a large number of students through camps, the foundation also runs workshops geared toward 4th-8th grade teachers. On the first day, teachers learn about North Carolina prehistory and the science of archaeology through hands-on activities that they can adapt for use in their own classrooms. During a make-and-take session, teachers are encouraged to come up with their own practical applications with guidance from Exploring Joara staff. Over the past three years, we have observed that this flexible approach results in a better success rate of the material being used in the classroom than when teachers are simply introduced to standard lesson plans. On the second day, the teachers go out into the field to work at the Berry Site. This hands-on time is critical and even resulted in one teacher bringing her high school class to the site for an excavation workshop the following fall. To me, this is a perfect example of community action resulting in a more educated public.

Exploring Joara is a relatively young foundation, with an even younger public archaeology program. It was built by the community and therefore has strong public support and interest. This support is evident in the continued respect and protection of the Berry Site. The well-known site’s only security is the watchful eye of neighbors and community members who are proud of their local history and the site’s significance. I continue to be thankful for that support and know that without the public, the foundation and its unique programming would not exist. I hope to see programs like this continue to form out of the public’s desire and encouragement. If the small town of Morganton, North Carolina can garner enough interest to create a year round educational program, could this be the future of public archaeology? Have you seen a shift in public interest and concern in other areas of the country? Are there other avenues that we could pursue as archaeology educators that would reach a broader population or have a greater impact on the community?

Tagged with: archaeology, Archaeology in the Community, Education, engagement, historical archaeology, North Carolina, public archaeology
Related Posts
Connecting with the connectionless, or: How I stopped worrying and came to terms with the Snowbirds
I happen to be a public archaeologist in a place many might envy (especially after…
Preserving Black Heritage in London, Ontario: The Fugitive Slave Chapel (1847-1869)
by Matthew Beaudoin, Holly Martelle, Nicole Brandon (Timmins Martelle Heritage Consultants Inc.), and Darryl Dann… 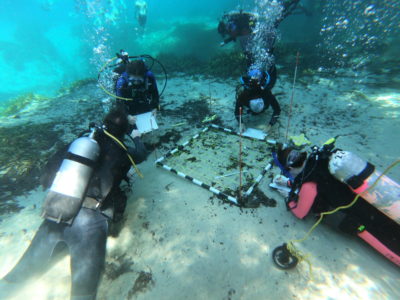 Exploring the Submerged History of St. Augustine
This is a post by Allyson Ropp, Archaeologist at the St. Augustine Lighthouse and Maritime…