I recently returned from a week in Oulu, Finland, where I attended the Nordic Theoretical Archaeology Group (TAG) conference.  A UK version of TAG originated in 1979 and has met yearly afterward (for more on the conference’s roots, Colin Renfrew details the origins of TAG, and a 2008 TAG session details its lineage), with Nordic TAG conferences held beginning in 2001 and American TAG meetings since 2008.  TAG conferences have encouraged discussions on broadly defined “theoretical archaeology,” an expansive umbrella term that encourages novel uses of philosophy and theory that creatively frame materiality, scholarship, and archaeology itself.

Like its British and American counterparts, the Nordic version of TAG is broadly conceived, including a host of straightforward archaeological case studies as well as more abstract theory-driven deconstructions of materiality.  In that sense it is not really all that much different from the British and American versions of TAG, and a vast range of the papers would be perfectly at home in an SHA conference as well.  Most of the Nordic TAG attendees were Scandinavians working with northern European data, and the case studies reached from distant prehistory to contemporary materiality.  Much of the conference would be familiar to archaeologists outside the Nordic world, but some modest distinctions about northern European archaeologies were underscored at Nordic TAG. 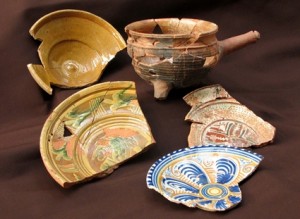 Historical archaeology is defined myriad ways in northern Europe (when the discipline is even recognized at all), and it encompasses truly interdisciplinary methods and questions and a breadth of theoretical frameworks.  Some of its distinction revolves around the material data featured in Nordic archaeologies, which routinely focus on architecture, space, and idiosyncratic things.  Tiina Aikkas, for instance, gave a paper on sieidi stones, sacrificial sites at which indigenous Sami left offerings of animals, metal, or alcohol to ensure hunt success (for more details, see her co-authored paper in Norwegian Archaeological Review).  Aikkas outlined complex material, spatial, and ritual analysis to ambitiously examine the full breadth of sounds, actions, odors, and material practices associated with these sacred stone sites that date as early as the 11th century AD, with use well through the historic period if not the present.  The paper included zooarchaeological, ethnographic, and GIS data that would be familiar in any archaeological study, casting these rituals as evidence of the inseparable relationships between Sami ritual, religion, materiality, and subsistence.  Lots of Nordic TAG papers examined a comparably broad range of data and defined materiality in its broadest senses, and this is increasingly what archaeology looks like in many places.

Some of the distinction in northern European archaeology revolves around its theoretical ambitions.  For instance, Bjornar Olsen’s session “What About the Things Themselves?” advanced the absurdly clever proposition that material culture studies are not compelled to include humans as a compulsory dimension of the analysis; that is, instead of focusing on the relationship between humans and things, can archaeologists understand things unto themselves?  Olsen punctuated his ontologically novel contribution to the session with a stream of oddly aesthetic images of discarded things and vacant places (for similar work, compare the thoughtful Ruin Memories project).  Northern European archaeologists tend to read theory very broadly and borrow from a vast range of challenging and often-creative philosophical foundations when they focus on theory, so TAG always expands my bibliography.  Still, much of northern European archaeology is firmly rooted in material description, highly focused research questions, and dense scientific methodology that does not devote much if any of its energy to explicit theorizing. 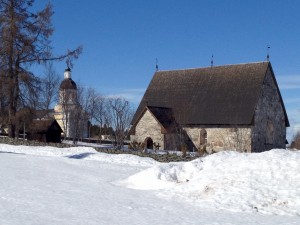 In the foreground, the Keminmaa Old St. Michael’s Church was built between 1519-21. Besides being a fascinating medieval building, it holds one of the most interesting spectacles in northern Finland: when Lutheran priest Nikolaus Rungius died in 1629 he was buried under the church and is on display in the church floor today. The church in the background, the new Saint Michael’s, was built in 1827.

The handful of northern Europeans who call themselves historic archaeologists sometimes struggle to define the discipline’s essential questions.  That struggle may be familiar to many North American historical archaeologists as well:  do we study a chronological period (since 1492, for instance)?; is our focus the transition to modernity?; is historical archaeology properly an archaeology of capitalism?; and so on.  Some of the battle is simply establishing the scholarly value of the “recent” past, which in Europe includes much of the period from 1700 onward.  For instance, with my Finnish colleagues Titta Kallio-Seppa and Timo Ylimaunu, I presented work on an 1822 creamware assemblage in Oulu, and such 18th and 19th-century ceramic papers would be absolutely commonplace in Atlantic World historical archaeology conferences.  However, Nordics often lump the period into 500 undifferentiated years of modernity; in some cases archaeologists have not devoted much if any time to artifacts from the last half-millennium; and relatively few northern European archaeologists have studied the 19th and 20th centuries (despite a rather rich contemporary archaeology scholarship).  Many of the mass-produced goods found on northern European sites after the early 19th century are more familiar to North American archaeologists than they are to northern European scholars, but marketing, trade embargoes, and cultural distinctions shaped northern European consumption significantly, so the assemblages still have some concrete differences from the well-studied Anglo world.  The same material things in the Nordic world may not always mean the same thing they meant in places like North America, and some of our conventional questions on things like cost status or consumer display are not especially useful in the distant reaches of Finland. 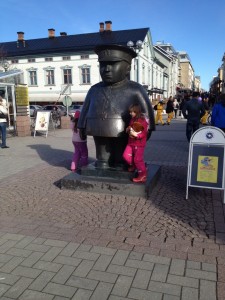 This police officer lords over the Oulu Marketplace.

The most interesting and common question I was asked at this conference was some variation on “Why are you doing this archaeology here?”  That question is asked persistently, curiously, and without much self-consciousness by colleagues who rarely understand that they sit atop astoundingly rich post-1500 sites (and often curated collections) that can be woven into their existing medieval analyses of emergent globalization in exceptionally powerful ways.  Most European colleagues are open to the possibilities and keen to share their data and local sites, though, and in many places very creative scholars have built a strong foundation for historical archaeology that they are happy to share.

CRM archaeologists and academics alike recognize that much of our contemporary practice revolves around efforts to fund our research, and our Nordic colleagues share many of those same challenges.  There are precious few European academics who might be called historical archaeologists, and most Nordic countries have only a few archaeology departments and a handful of positions covering any period, so academic historical archaeology jobs are especially rare.  Salvage projects in northern Europe overwhelmingly focus on sites dating earlier than the 18th century depending on specific national preservation codes, so there is not much compliance archaeology on “late” historic sites at all.  A vast range of Nordic scholars based in museums and state agencies work alongside post-doctoral researchers on a persistent enterprising search for extended funding, and Nordic TAG included continual hallway conversations about research partnerships, collaborations, and joint grant applications.  Despite the bleak North American job market, the shrinking opportunities for contract firms, and the demoralizing cuts to agencies like Parks Canada, there is still a well-established historical archaeology community in North America and a relatively firm footing in the academy and preservation law.  The UK likewise has an exceptionally productive historical archaeology community, and while they face many of the same challenges we deal with in the US the discipline has a strong foundation.

Nordic historical archaeology is in an early growth moment much like Atlantic World historical archaeology witnessed a half-century ago, and northern European historical archaeologists are actively building the discipline’s regional and national foundations.  This has included cementing international research partnerships, so there are some truly exciting possibilities for North Americans who want to expand their work to very new places.  Many of us in North America cannot contemplate European projects for concrete financial reasons, but increasingly more North American universities are supportive of faculty and students conducting international research and have modest but consequential “seed” grant funds for scholars beginning such projects; in my case, for instance, there was financial support for my travel to the Nordic world that I could never secure for work in my own hometown.  Those seed grants actually did produce more research opportunities for me and my students, so do not be too rapidly intimidated by the challenges of international historical archaeology research.  As Nordic TAG confirmed for me, there is a lot of interesting work beyond our narrow North American circles and lots of possibilities to borrow from it or even make a contribution to the discipline’s scholarly growth. 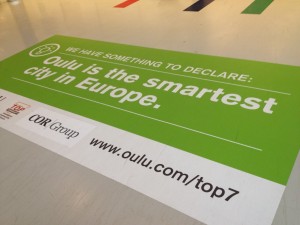 This statement came before I had arrived.